Sexism and bias, hopefully, people will give the mayoralty campaign very serious consideration.

Too many people still view the office of mayor as being filled by a man. They are wrong.

Hazel retired in her early 90’s, can you imagine.

Many, many women serve as mayors of cities in Ontario and across the country. They serve as equals to men, fulfilling their responsibilities with sincerity and equanimity.

Why not in Pickering where we lack having a single woman on the council, not one since Jennifer O’Connell. Remember Jennifer? She’s the young woman who got elected to city council at the amazing age of 23. And look where the young woman has gone now, MP in Ottawa at 35. 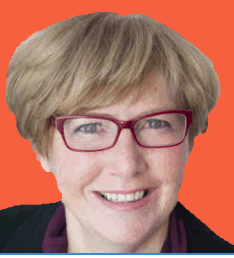 So why not consider Eileen Higdon for the office of mayor of Pickering. She has served as a counsellor before. She has been a nurse in Ontario for many years. She has been a midwife in Ontario, delivering babies across the entire region of Durham. She is a mother, a grandmother. And she has shown herself to be a responsive candidate, unpretentious, unassuming and diligent, professional and responsible.

Watch Eileen Higdon. Pay attention to her as a real candidate for mayor of Pickering where 51% of the population are male but only 20% of the political representatives are female. She is up for the job and like many other female mayors across Canada and Ontario, she is a candidate deserving of your serious consideration.

Born in Lanarkshire, Scotland, she has been an advocate for public health. She has worked in hospitals, retirement homes and educational facilities as a Registered Nurse. She has represented Pickering on the Durham Halliburton Kawartha Pine Ridge District Health Council and has volunteered as a public health speaker with Toronto Public Health.

As a city councillor, she successfully passed municipal by-laws improving the safety of the waterfront for boaters and swimmers. She also founded and chaired the Frenchman’s Bay Festival, a local festival which brings in thousands of people into our region and generates revenue for local businesses.

Eileen is a committed local volunteer, spending her time in local schools and public education seminars. She is passionate about her community and believes in increasing youth employment, improving transit and transportation infrastructure, and reducing gun violence. A passionate voice for the community, you can count Eileen Higdon to get results. She would be a great mayor for the city of Pickering.

Eileen is a mother of three and a grandmother of two and currently resides in Pickering with her partner, Wayne.