An adult comic book…
but an entertaining waste of time.

If you enjoy your books as fun escapism, Conclave by Robert Harris is your plum. But a worth pick! 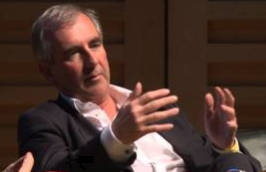 Synopsis
The pope is dead. Behind the locked doors of the Sistine Chapel, one hundred and eighteen cardinals from all over the globe will cast their votes in the world’s most secretive election. They are holy men. But they have ambition. And they have rivals. Over the next seventy-two hours one of them will become the most powerful spiritual figure on Earth.
Source: Goodreads

Richard comments
First, one should get out of the way that Harris is a good writer. The book is well written, a pleasure to read. One should expect this from as well known an author as Harris and he delivers. The prose is polished, the dialogues refined, the characters urbane and genteel. It is a pleasure reading this book.

On another level, the book is somewhat suspenseful. There is nice play, scheming and plotting, between protagonists, written in a very believable and credible fashion. The chief protagonist, Cardinal Lomeli, is a humble man. He is an appealing man who will find favour easily with the reader very soon into the story. With each vote, the reader’s support for Lomeli grows.

The alternate Cardinals have credible cases built in their favour and they compile expected votes. However, with each vote, Harris twists the plot more drawing the reader further and further into support for Lomeli. Then a dark horse appears, a surprise last minute arrival, Benitez, the Cardinal of Baghdad.

The machinations and scheming behind each ballot is entirely believable. There should be no doubt that such campaigning and strategic maneuvering exists, as long as there are human beings jockeying for positions via any balloting process. The motives and rationale may be more esoteric and more philosophical in papal elections but the reality must be that candidates would consider the motives, philosophy and goals of any candidate for the position of pope. And Harris plays his hand very well. The explanations of why each candidate is running and why they support or refuse to support other candidates are plausible and captivating. 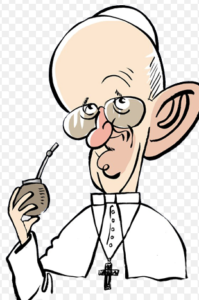 The front runner, an Italian, seems to be a shoo-in but with each period between ballots the campaigning and behind the scenes maneuvering do him in and his vote support lags more and more.

Then there is the Nigerian, a black cardinal, the next front runner as the Church hierarchy grows on the idea of the first black pope.

But, with each ballot, Cardinal Benitez inches upward to everyone’s increasing surprise. He was a nobody. A last minute arrival who was anointed to his position by the previous pope with no one understanding the reasons for the the appointment. 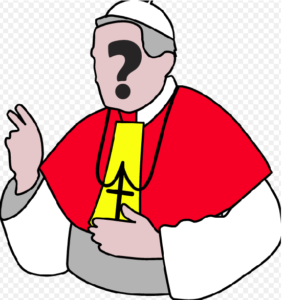 The secret behind Benitez is brought to the fore late in the book tantalizing the reader. Why did the deceased holy father elevate this unknown to the status of cardinal? Benitez is low key, not scheming or campaigning for the position. In fact, he sees himself as not fit for the role. Yet, his support grows, slowly and he becomes the chief competitor to the most suitable candidate, Lomeli.

Harris builds excitement and suspense with successive ballots. Expected winners fall away, Lomeli gains. The sixth ballot, he attains the second position, The seventh ballot, he is in the top position but he must attain a 2/3 majority to be elected.

Greed, selfishness, the sins of human frailty undermine one candidate after another. Lomeli keeps rising with the voting tide.

Harris deserves whole hearted compliments for not making the result of the last ballot his expected climax. Harris’ climax to the plot is totally unexpected, an absolute shock.

Could it ever happen? In this day and age? With the advances of technology? With our scientific capabilities? Maybe.

Recommendation
The books is an entertaining page turner. The author draws the reader into the story deeper and deeper with each ballot. The reader’s expectation grows. The reader predicts and anticipates based on presumptions which Harris had developed. The ending is a surprise and satisfying. 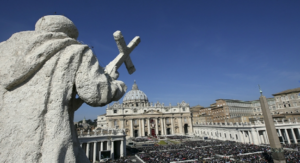 This entry was posted in RICHARD reads reviews and tagged books, review. Bookmark the permalink.