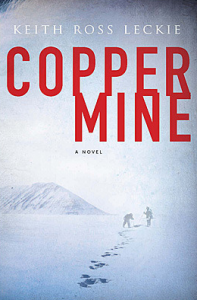 If you are a history buff, especially Canadian early west, enjoy outdoor adventure stories with a little bit of court room tension and romance thrown in for good measure, then Coppermine is your book to read.

The story
The story is about two priests disappearing while on missionary work on the Arctic perimeter of northern Canada just after the turn of the 20th century. Jack Creed of the Canadian Northwest Mounted Police, along with an Indian interpreter, Angituk, are assigned to find out what happened to the two priests. 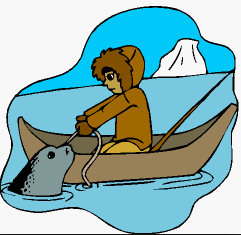 Murder at the Arctic Circle
Eventually, Jack and Angituk find the dismembered bodies and so to they track down the Eskimo pair responsible for the killing. Getting the accused back to Edmonton for trial is only half the story; the balance has twists and turns that are the norm in most court room dramas, the contradictory differences between ‘Stone age’ culture and ‘moden whites,’ some unexpected gender related surprises, a Hollywoodish romance between a white ‘sir Galahad’ and a ‘aboriginal snow princess.’ Finally, our ‘Galahad’ turns out to have a “darkened past” for which there are judicial repercussions.

TV or not TV
Leckie is a solid writer with most of his experience based on TV movie scripts. H does an excellent job at transforming himself into a novelist writing a story that is captivating, suspenseful and allround enjoyable. His action “scenes” are filled with tension and excitement. He does justice to his readers in his descriptions of man against nature, his comparison of  value systems and life philosophies of ‘primitive’ and ‘modern’ man. He successfully wins over his readers into the romantic entanglement within the story, so that we are applauding and cheering for our hero. 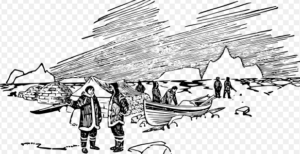 The novel fails too
The only criticism I would make of the book is that some descriptions of the Canadian far north, and the challenges facing our protagonists in their northern treks sometimes tested readers’ patience and attention. These portions of the story could have been shortened but it is a tough call to make. Setting the scene and the background is important for embellishing and grounding the story but how much is too much.

All’s well that ends well
Finally, Leckie betrays his television writing persona with an ending that is essential for tv viewers. Good must conquer evil, love must triumph, ‘primitive’ man has life principles which are more than just redeemable and lastly, life is never as black and white as it seems to be at first glance.

My final thought
Coppermine is a good story, written well, and it successfully engages the reader throughout.  In short, it is a worthwhile read, though predictable, still very readable.