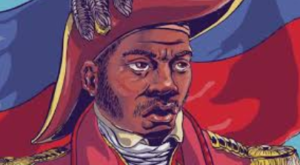 Language issues all around
The congregation was mostly old people, late 60’s and beyond. A choir sang Haitian lyrics to church hymns. If you knew French, you could pick out the odd French based word here and there, Mon Dieu, ecrit, vous and nous but the rest of the patois was incomprehensible except for the spirituality and reverence behind the singing.

French, patois and accents
The gospel, totally in patois, and again only a dozen or two of the words were notably French in origin. The rest was easily seen as being logical and having structure to it, but only if you have studied languages of any sort. Thankfully, the priest did some of his sermon in English but it too was a bit of a struggle to comprehend because his accent was island, Haiti, of course. But like Jamaicans who have left their island, they always seem to retain their accents. This priest, likely well educated, had a distinct and troubling accent.

Humbled by the piety
The congregation may have been mostly old people but they emanated a very clear message at communion, the climax of the mass, that we are here to give thanks and to celebrate. A few walked up to the receive the host aided by canes, walkers and other support devices. Others walked stooped, shuffled or limped up to the priest giving out the communion.

Ashes to ashes, dust to dust
Near the end of the mass, the priest and deacon picked up their bowls of dampened ashes ready to anoint each recipient with the phrases, “Ashes to ashes and dust to dust” reminding each person of their mortality. This congregation has more people closer to that end of the thread of life, than the beginning. And as each parishioner received his reminder anointed to his or her forhead, the feeling of gratitude for the lives they have lived was the feeling one got emanating from each parishioner. A very humbling moment.

This entry was posted in FLORIDA WHIMSIES.... Bookmark the permalink.