Indie Authors Day, a celebration of independent authors, was organized by the PineRidge Arts Council and presented at the Pickering Public Library. 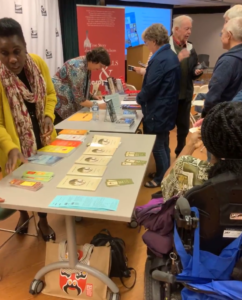 What is Indie?
‘Indie’ is an abbreviation of ‘Independent writers,’ writers, first time writers or those who’ve written just one or two books, newbies.

Indie authors day is a meeting where the independ authors have the opportunity of meeting the public personally, people from the area serviced by the Pickering Public Library and members of the local book clubs, an opportunity to share and promote their books.

The panel discussion
The audience were able to engage in lively and dynamic discussion with a panel of five local book clubs representatives, moderated by an Indie author herself, A.B. Funkhauser. 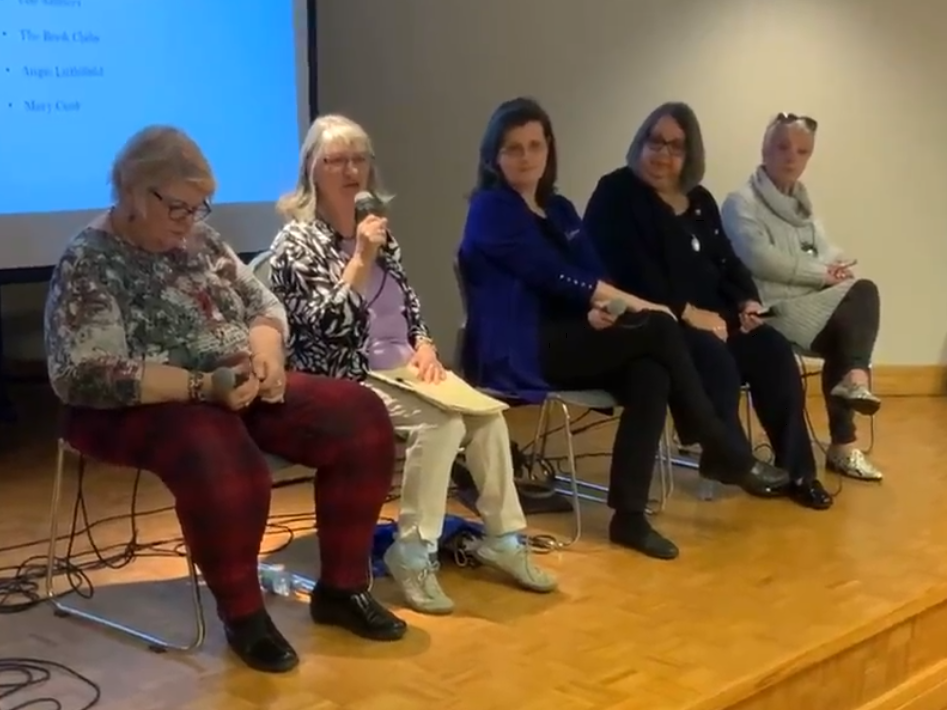 The panel members, consisting of  Lesley Siegal, Elaine Lievaarc, Lucy Black and Frances Slat, explained their club activities and how they promote book reading in their meetings area. As well. they described their work in developing interest in Indie authors in the Pickering area within their clubs. The authors appreciated hearing what the panel members said about Indie author promotion with their club membership.

Issues of concern: Indie book club authors and local book club dynamics
The Indie authors expressed concerns regarding the need for more public awarenes of their literary profies and more promotion of their works. Each author works hard at promoting themselves as new and fresh writers just beginning their journey to Grishamhood or Baldacciville.

The audience agreed that there is a need for the creation of an association of Indie authors in the region where resources could be pooled for the benefit of both new and veteran writers. There may already be an organization with this idea in Ajax-Whitby, the Writers Circle of Durham region, WCDR.

Resource material mentioned included topics such as finding suitable editors, book illustrators, how to publish, how to self-promote and how to interact with local book clubs.

Book clubs
Pickering seems to have a large number of book clubs, all very lively and active but the region may need a centralized catalogue of these many clubs.

Additionally, the panel suggested how readers can find and select a book club suitable to personal needs, personal interests and energy level. Pickering has an abundance of book clubs, previously promoted by the Pickering Public Library but today more independent and self reliant for that promotion.

The authors
More than a dozen Indie authors brought their material to promote their books to the event.

Annual consideration
The event was so well received that many of the attendees enthusiastically supported the idea of repeating it again next year.

We can only hope the PineRidge Art Council and the Pickering Public Library take the crowd up on their idea.

Kudos
As always, such an event has many people involved in its production. Jessica Tinier of the PPL and Mary Cook deserve much appreciation and thanks for their work in pulling off this wonderful event. As well, kudos too to Angie Liittlefield, emcee of the event, and A.B. Funkhauser, who was the panel moderator.

Some of the slides of the event will be automatically displayed below: