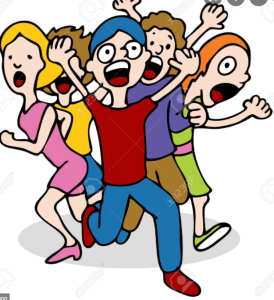 Midway through the election and here’s the view…

Is this where the legacy of Trump has landed us? Screaming, yelling, obscenity-shouting brainless mobs who won’t even allow a political candidate to speak. Constitutional guarantees may be in place, but this mob trumps those guarantees with volume and stupidity. Trudeau stated he didn’t think that’s who we are. He’s wrong. That is who we are, exactly and without reservation or conditions. Boors, angry, childish demonstrators who are challenged to compose logical and reasoned statements of protest. Instead, these brainless wonders, Trump parroting puppets, can only scream and yell obscenities.

2. The POLLS
Don’t bank on the polls. They are about as tangible as the early morning mist. They’re as reliable as a lawyer’s or politician’s promise. “You can count on my promise to you!” The polls have proven themselves wrong, time after time. They may again, so don’t go betting on them. The Conservatives have broken out into a noticeable lead in the polls, maybe because the mob’s influence has some sway. Still don’t bet on the polls. Here’s what you can bet on, at least in our local riding.

3. The LIBERALS: Jennifer O’Connell
The LIBERALS  are campaigning hard, earnestly and steadfastly. Jennifer O’Connell can be relied on to get back to you, or her staff will. She is undoubtedly the frontrunner in our local riding, Pickering-Uxbridge, as she should be. She is free from scandal. She has bad-mouthed no one. She has been an MP in Ottawa for a couple of years now, demonstrating that she is a young professional who works hard on committees and proves there are politicians of principles and integrity.

4. The CONSERVATIVES: Jacob Mantle
The CONSERVATIVES on the other hand seem to be repeating the poor performance they showed in the last election. A candidate who responds to comment requests as if he were being asked to submit to a root canal. Of course, he has much on his plate but surely he has some dependable help. Last election the Conservative candidate was a leadened dud, deservedly finishing dead last in the election. Mantle will likely end up on himself, on the mantle as an “also ran” trophy. Does he deserve that mantle? Arguable but certainly, his response to electorate communications leaves much to be desired.
[Mantle did eventually reply. Click MANTLE ]

5. The People’s Party of Canada: Corneliu Chisu
An honest man trying to be an honest politician but in the wrong party. Maxine Bernier’s about equivocal as his first name. Chisu has been a successful candidate before, as another party’s rep but he’s riding an ass in a horse race. He likely will not even beat the Conservative mule.

6. NEW DEMOCRATS and GREEN PARTY
No horses saddled in this race!