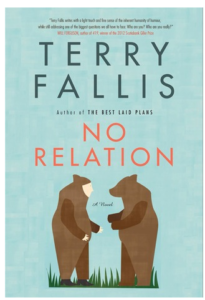 Another entertaining and humorous story by Terry Fallis.

I am not sure if I would label Terry Fallis as a master raconteur of humorous stories, but he sure comes close. “No Relation” hits the target of entertaining writing with laughter inducing anecdotes throughout. Fallis takes the mundane and elevates it to lofty heights of humour.

Earnst Hemmingway, or ‘Hem’ as his friends call him, is a marketing company copy editor who loses his job, his girl friend and maybe his family legacy all in one day. Fired from his copy editor’s job, he decides to dedicate his new found freedom of time to writing, for like his namesake, he too is a frustrated novelist blocked at Ch. 12 of his literary “opus.” 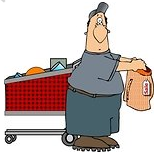 The story develops along three paths: Hem’s attempts to overcome his writer’s block; Hem’s clash with his father over the son’s refusal to become the next CEO of the Hemmingway Underwear manufacturing empire; and the activities of the club Hem founded for others suffering the trials of living with a famed name.

Each path of the story develops steadily with humour, tension and suspense,  and unexpected surprises.

The story of the underwear company is an ongoing source of tension and suspense. His battle of refusal to accept the role of company CEO as generations of Hemmingway first born sons have done before him is an obstacle that polarizes the two current generations of Hemmingways. Hem has a sister, a marketing, promotion and commercial whiz, who works in the company but who the father refuses to acknowledge as the real potential leader of the company. Hem dedicates his ceaseless efforts to persuade his father that Sarah is the “man” for the job. 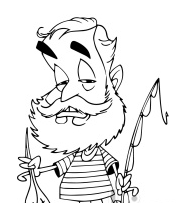 Hem is blocked at the opening of Ch. 12 in his literary endeavours.To overcome his writer’s block which has not been helped with years of therapy, he turns to exorcism of the real Hemingway’s spirit which Hem feels is the actual obstacle causing his writing difficulties. Hem arrived at this conclusion via the activities of his “Namefame” club.

Thinking that his difficulties all stemmed from his name, Hem created a club of people suffering the same difficulties and challenges as he was for the same reason, living a life with a famous person’s name. A group of these types responded to his newspaper ad and met at the inaugural meeting of the “Namefame’ club at the New York public library. The roll call of the club members and the descriptions of their experience is a barrel of laughs. Meet Mahatma Gandhi, Jesse Owen, Clark Kent, Dr. Moriarity, and Diana Ross whose “pipes” are a vocal match to the other Ross, but only after she has been supported by quantities of Johnny Walker.

No Relation is a fun read, an endless series of increasingly funny anecdotes. The reader cannot help but empathize with Hem; they cannot help supporting him in his efforts to overcome his writer’s block; they sympathize with him over his father’s problem of the next CEO of the underwear company; they encourage him in his romantic endeavours with Marie Antoinette, owner of the “Let them eat cake” Bakery. 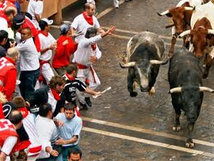 Though the book may lack the intellectual profundity of Ken Follett or Donna Tate, it rises above its shortcomings with priceless humor. The description of the running of the bulls in Pamplona is priceless. The humour comes from Fallis’ deft way of handling dialogue exchanges between his characters; an excellent turn of phrase here, a hilarious revelation there, a humorous way of putting it everywhere.

No Relation is comedy escapism. It is an adult comic book that entertains endlessly. It is light reading that at its least puts a smile on the reader’s face, page after page after page. 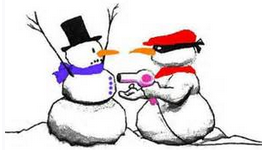 This entry was posted in ARCHIVES, RICHARD reads reviews. Bookmark the permalink.