Traditions, honouring bravery, paying respect, are these things relegated to bygone times? Do young people understand and comprehend the sacrifices made in defending and safeguarding freedom and liberty for future generations? The veterans of World War I are all gone; soon, the same for World War II vets. Does it matter? Does anyone care? They should; we should. All of us must remember, not just those who have had family members in the service. This means every Canadian must remember.

We are free. We are equal. We can move, travel and re-locate anywhere, anytime we want. We enjoy complete freedom paid for by veterans who fought in wars in the 1910’s, ‘40’s, and ‘50’s.

Should Remembrance Day be a holiday?
Today, there is debate whether November 11th, Remembrance Day, should be a holiday. It should not be a holiday. The Royal Canadian Legion opposes the idea of it being a statutory holiday, arguing that “children who would have participated in a ceremony at school may not have the chance. “Over time, the holiday side of the day may overtake the meaning of the day, and the tradition of pausing in our daily routine to observe a moment of silence for Fallen Veterans may be lost,” the Royal Canadian Legion said in a brief to Parliament. 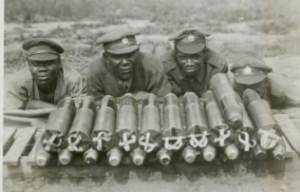 November 11,th Remembrance Day is a day to remember, not a holiday
A holiday implies celebration, festivities, frivolity and fun, relaxation and freedom from everyday responsibilities and commitments. Remembrance Day should not be that kind of day. It should be a day of honouring and paying respect, a day of honouring fallen heroes, a day to remember bravery and sacrifices made for us all. It should be a day where Canadians stop to remember. The whole country stops, all businesses, all schools, all organizations and institutions not involved with lifesaving endeavours should stop for a period throughout the day, an hour, an hour where people can just sit and pause, pause to remember. Inevitably, many will wonder why the country freeze frames its activity for a while on this particular day, and just, maybe they will remember. 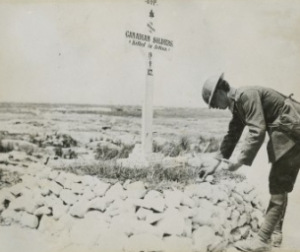 Pro holiday or not?
Veterans can help people understand the meaning of the pause. There is lively debate and discussion about November 11 being a holiday at places like Toronto’s Sunnybrook Veterans Centre. World War II Air Force vet John Ferris, 94, a resident there, wants a public holiday so families can attend memorials together. As a boy he attended Remembrance Day ceremonies with his father at Toronto’s city hall. His understanding became more meaningful and deeper when he attended similar ceremonies with his father years later at 21. Richard Ratcliffe, 91, wants a public holiday, too. The president of the residents’ council at Sunnybrook and a Navy lieutenant in Korea, he remembers the nasty, bitter cold. “You wonder: Does anyone back in Canada care that you’re out here?” He doesn’t buy the arguments against a holiday. Some provinces, Ontario, Quebec, Nova Scotia and Manitoba do not designate Remembrance Day as a statutory holiday, yet they have observances which have been legislated; some schools are in, others not, depending on jurisdiction and school board. Ratcliffe concludes “It’s an expression of Canada’s drive to be one; it shouldn’t be sectionalized province by province. There was something beautiful in stopping work at 11 a.m. and standing at our desks in silence.” 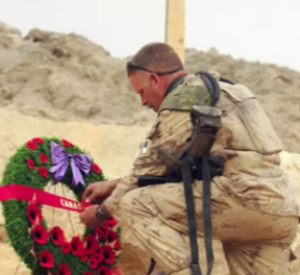 Schools should stay open
Contrary to some who think young people are not aware of the meaning of Remembrance Day, they should give young people more credit. The young are reminded by the poppies people wear, by lessons taught in classrooms and by commemoration ceremonies held in many schools. They show more maturity and responsibility than for which they are given credit. This has been demonstrated by their endeavours to affect government policies regarding climate change. Many students still study Canadian history, with lessons to remind them of how they got to the point when they can demonstrate freely, openly and publicly. Open schools remind them of all this.

Participate in the Remembrance, not in a holiday
On November 11th, take the time to stand together at a cenotaph and or a memorial ceremony where you live. Hug your kids, your grandkids for the minute of silence and explain to them why we take the time to remember. Do it everywhere in the country, at the same time, remembering those who served so that we can live as we do, free, equal and with total freedom.

The pause of inactivity should remind people we are a united Canada, living together in one great country, united and devoted to its well-being and our own as well. The pause will cause people to consider the reasons for it. A holiday may open a door to forgetting.

We must not forget; we must remember. 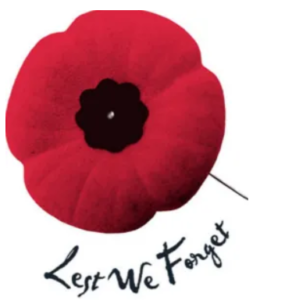 2 Responses to Take time to remember