While at the Pirates’ spring training camp, we saw a TV camera man taking a break, an opportunity for us to get information regarding lunch time eateries in Bradenton. With suprising enthusiasm, he rhymed off that we should drive down there, turn at that interection and take that roadway to Anna Maria island. Oh, how right the man was.

Anna Maria island is a diminutive version of Key West. Little clusters of restaurants, bars, ice cream parlors and the like, added to which are craft stores, artisan shops and the like. Long narrow white-sand beaches that beg for your beach chair and umbrella. Anna Maria island may not be the same calibre or quality as Key West, the jewel of Florida south, but it turned out to be a very acceptable attempt at replicating it.

“Hey Mr. UPS driver, know any good, nearby places for us to eat lunch?” we asked as the lunch hour approached and the exploration of the island began to beg for a break. “Of the top of my head, I can name two,” he replied with the eagerness of someone who wanted to help tourists in need. He first selection was likely excellent if the long line was any indicator of customer satisfaction.

His second choice, made almost apologetically, was the Rod and Reel on the Pier. There was no need to apologize. The choice was excellent. Not 5 star in ambience, but higher in atmosphere. Jammed with people who had to walk the about 200 feet of wood planked pier to get to the restaurant at the end of the wharf. The restaurant, two tiered, with a bar inside and fisherman bopping their baited hooks out back on tired old wooden benches. The whole place was open aired allowing wharf crossing patrons access to the upper tier restaurant, lower tier bar or the wooden wharfs attached to the sides of the building. It was the kind of place you would be impossible to find, but once you did, you would be really happy with the accomplishment.

The ambiance, the atmosphere is beyond description. Crystal clear, asure-turquoise waters on all sides, the kind you see in postcards. Fishermen bobbing their lines at the backside of the place. Even a dolphin or two breaking the gulf water’s surface just to let you know this truly a marine postcard.

And the food. Well, appetites grow as the day progresses, but they become ravenous with the fresh smells of the ocean. The Rod and Reel presented simple foods done to their highest level of excellence. Mahi mahi grilled just right, served on a bun with tomato slice, lettuce and sides of spiced french fries and lightly mayonaise dressed cole slaw. Accompanied by the ubiquitous ‘Bud,’ it was a lunch near Michelin in calibre. Were we that hungry? Bet on it.

Anna Maria island is definitely worth a side trip if you are vacationing in southwest Florida. It’s no match for the keys, but it does have a lot of local charm and attraction. We would definitely return. 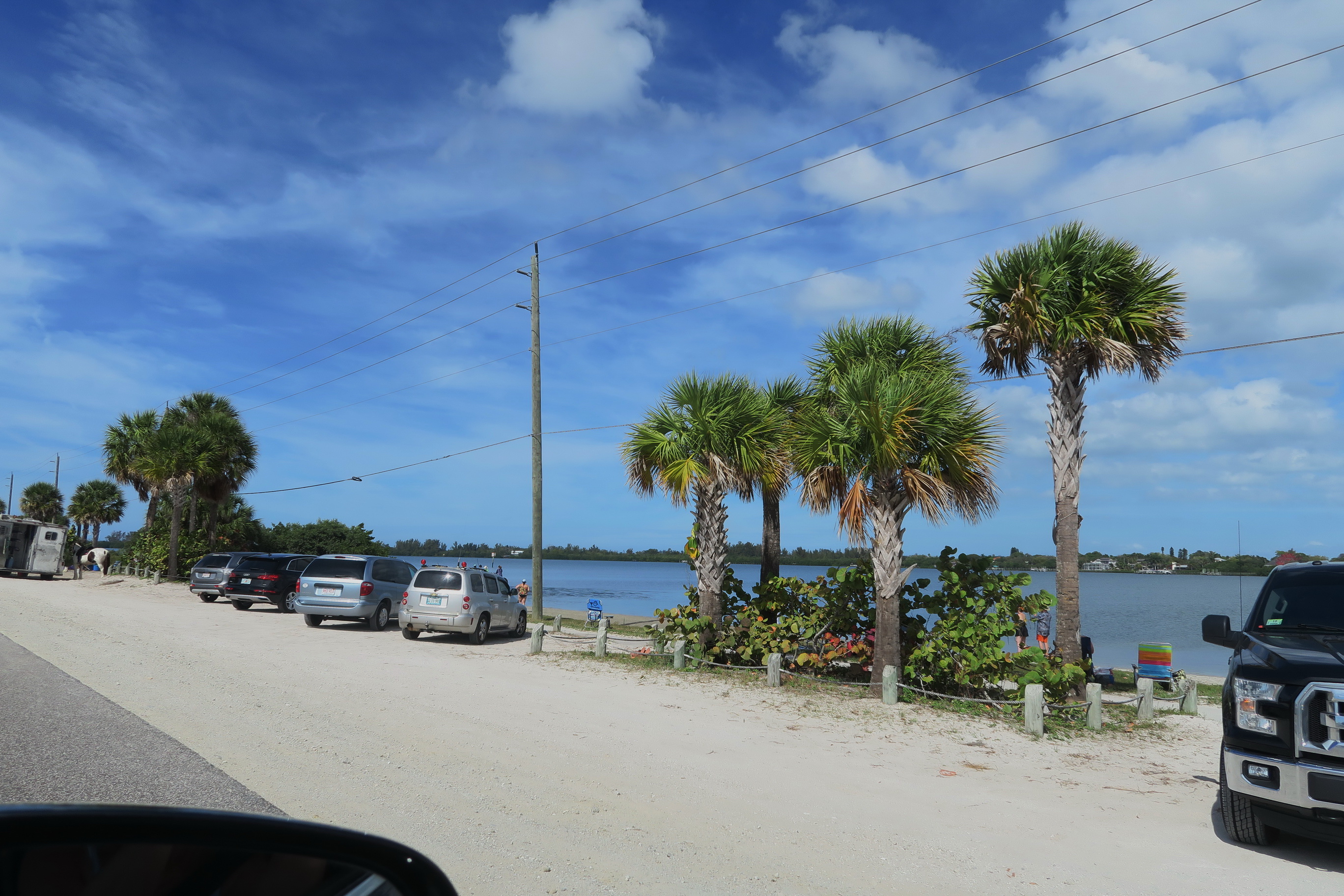 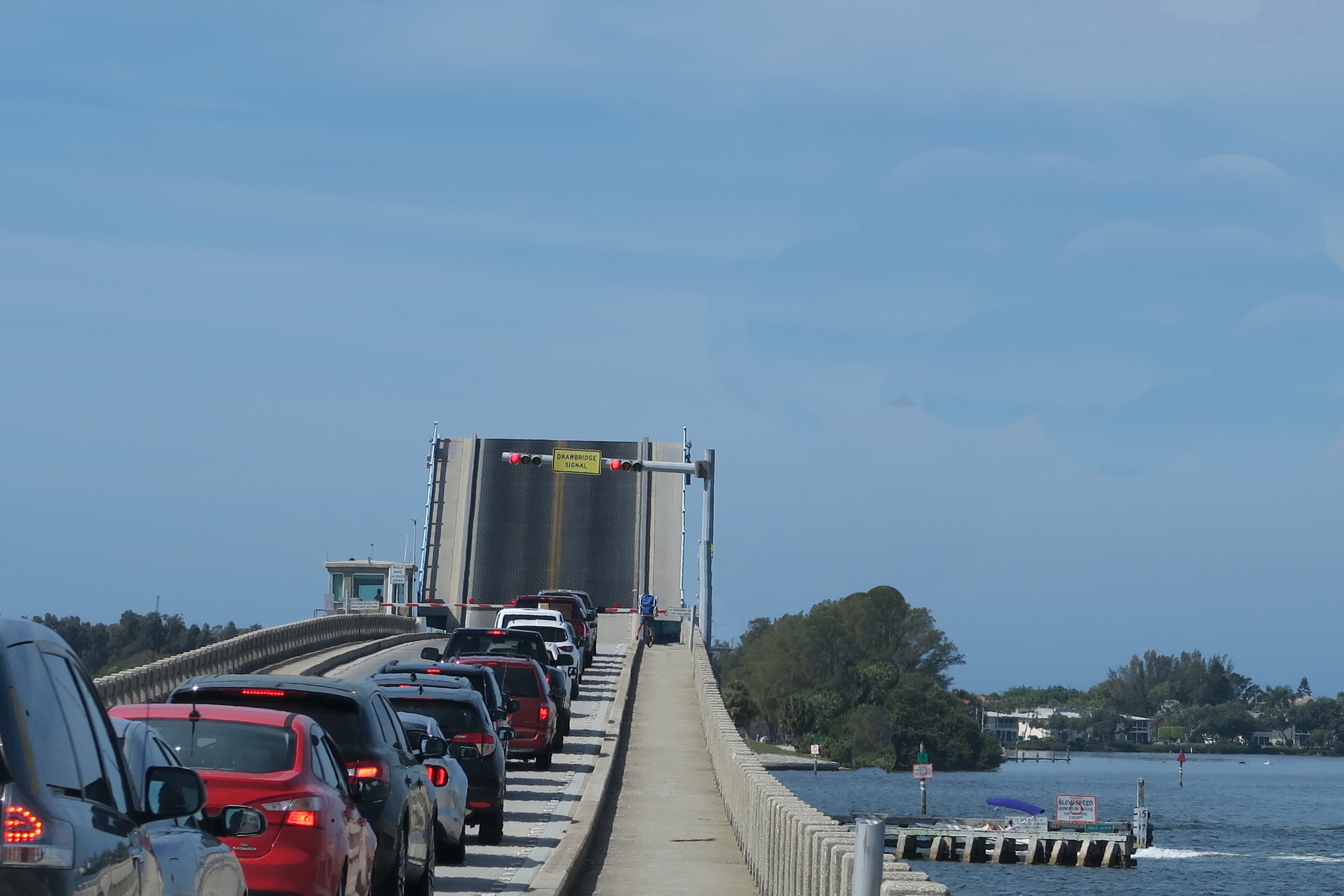 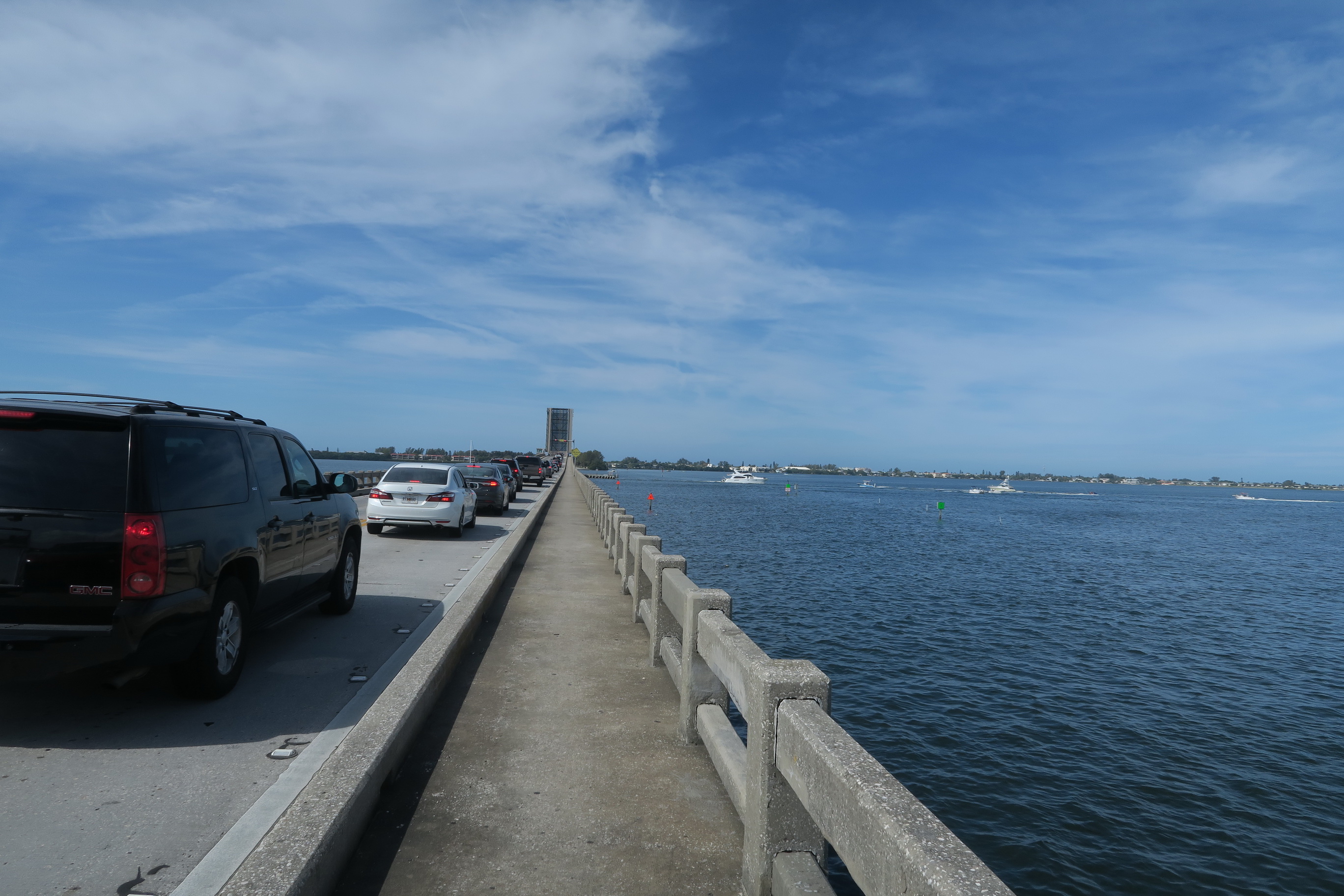 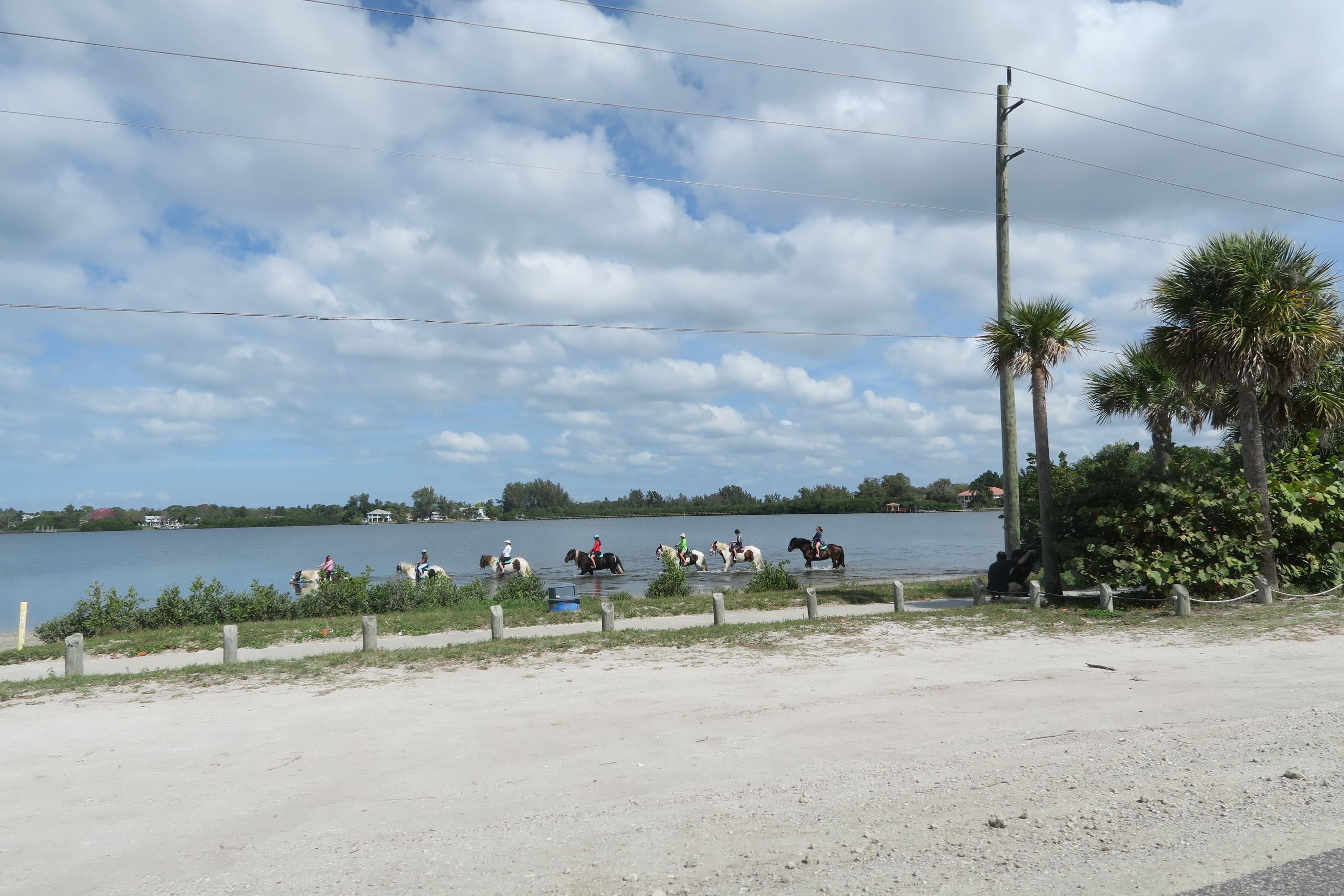 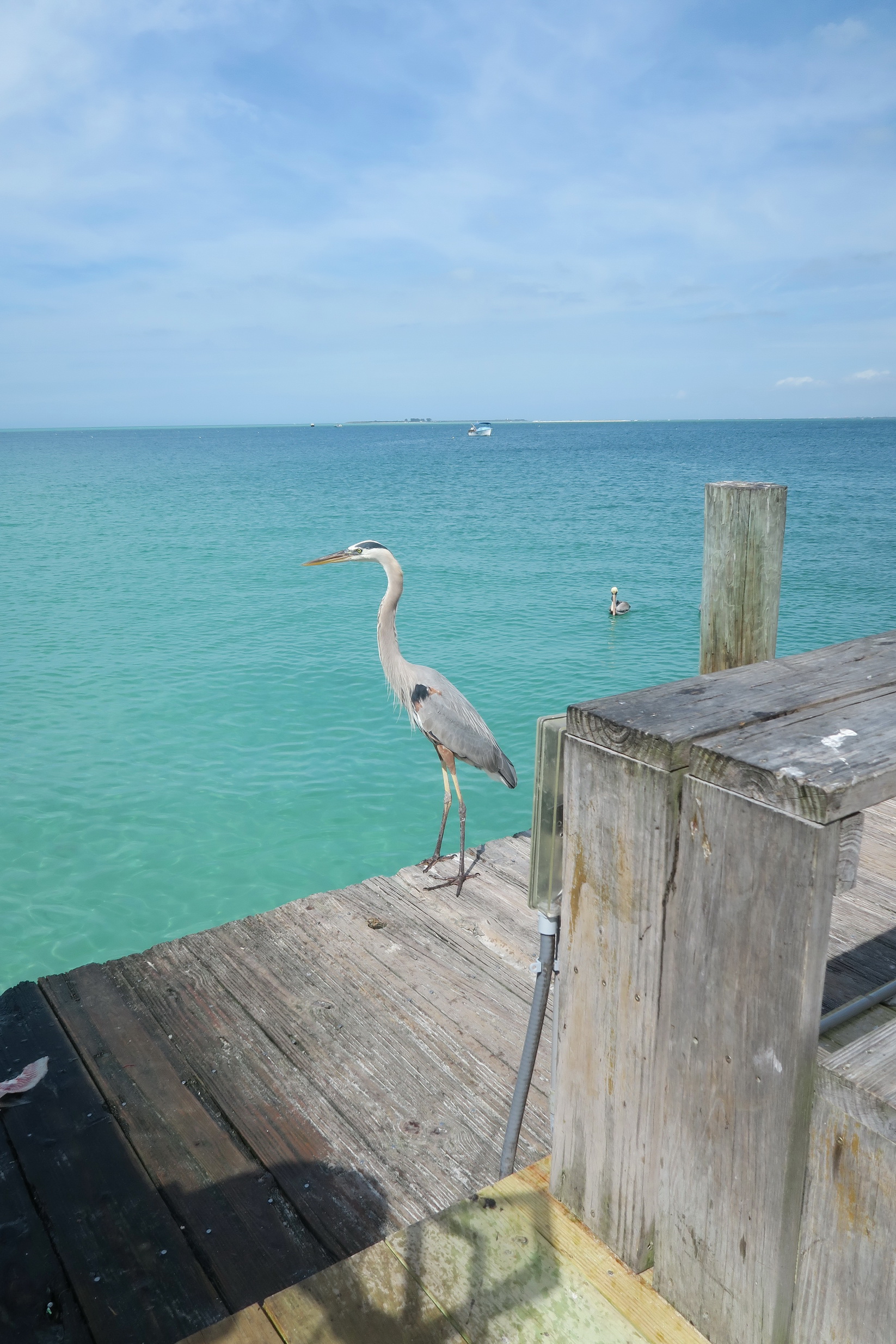 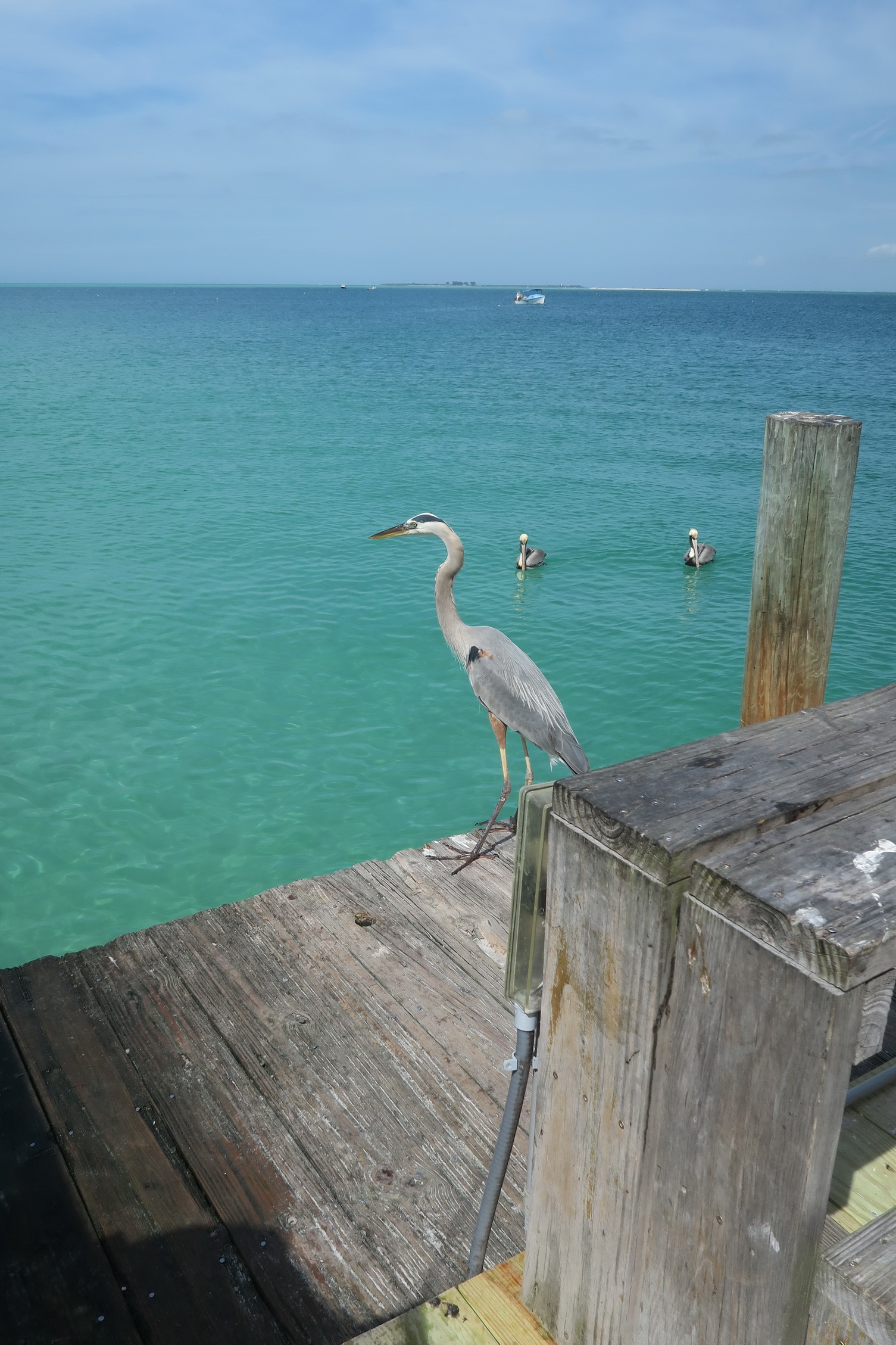 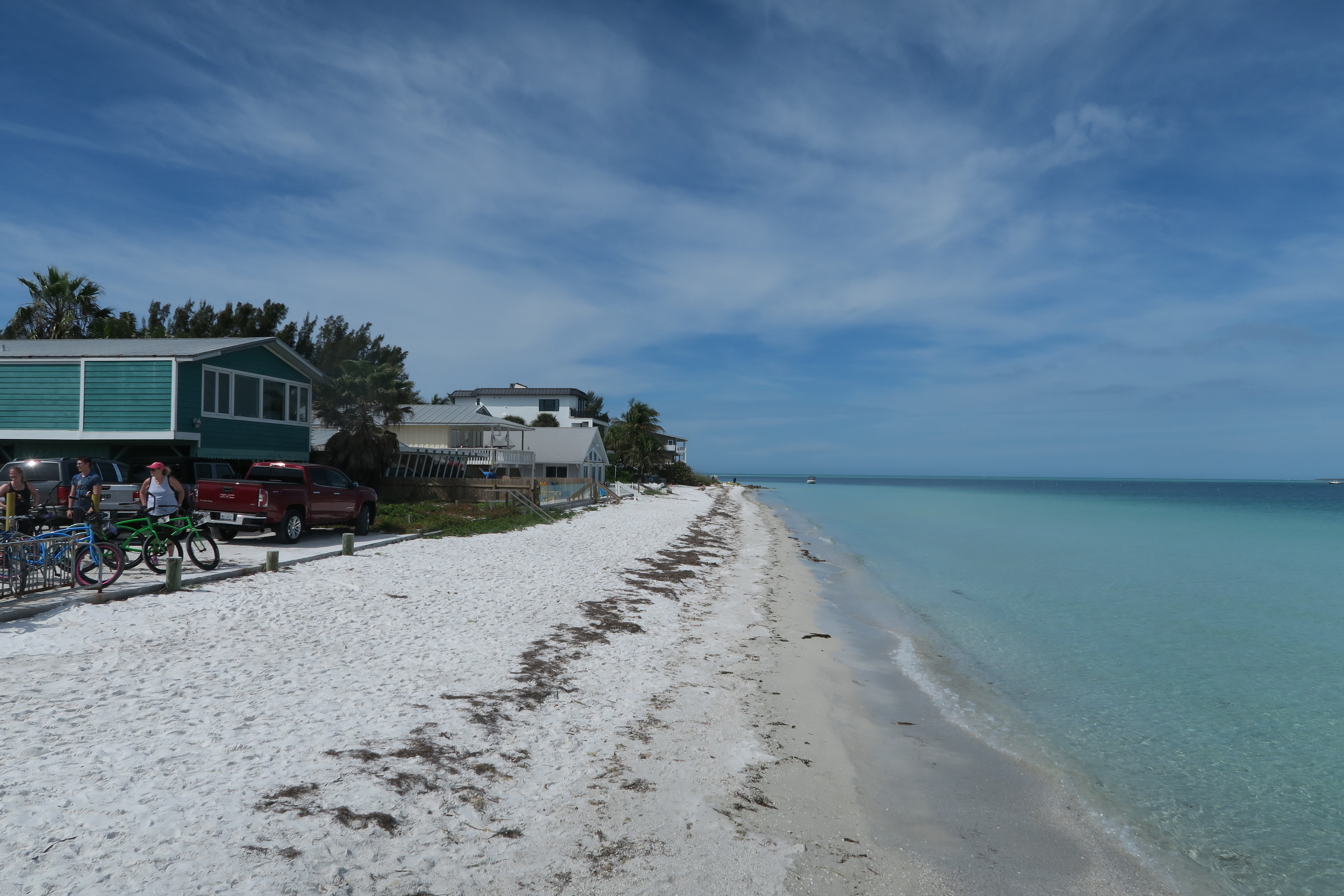 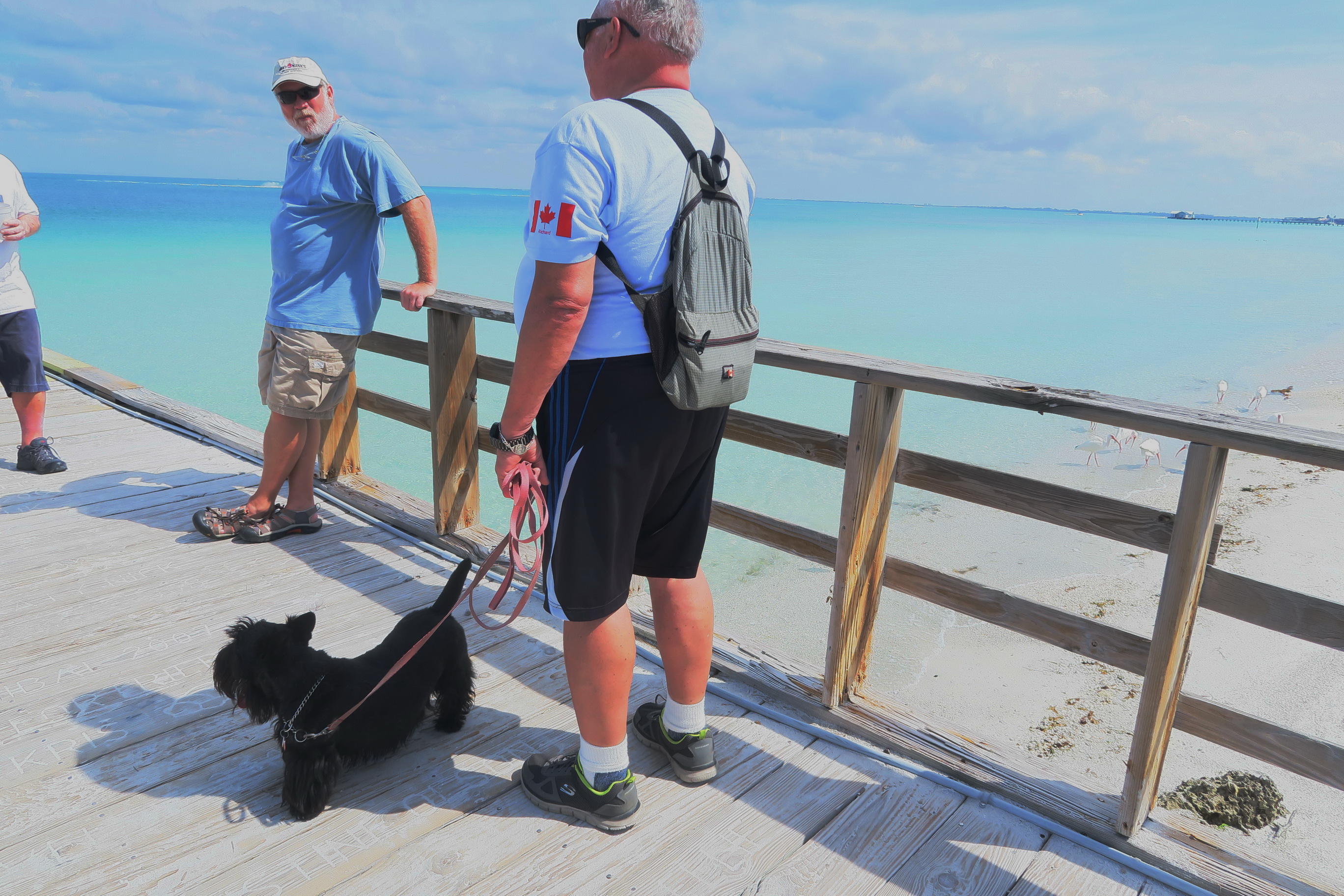 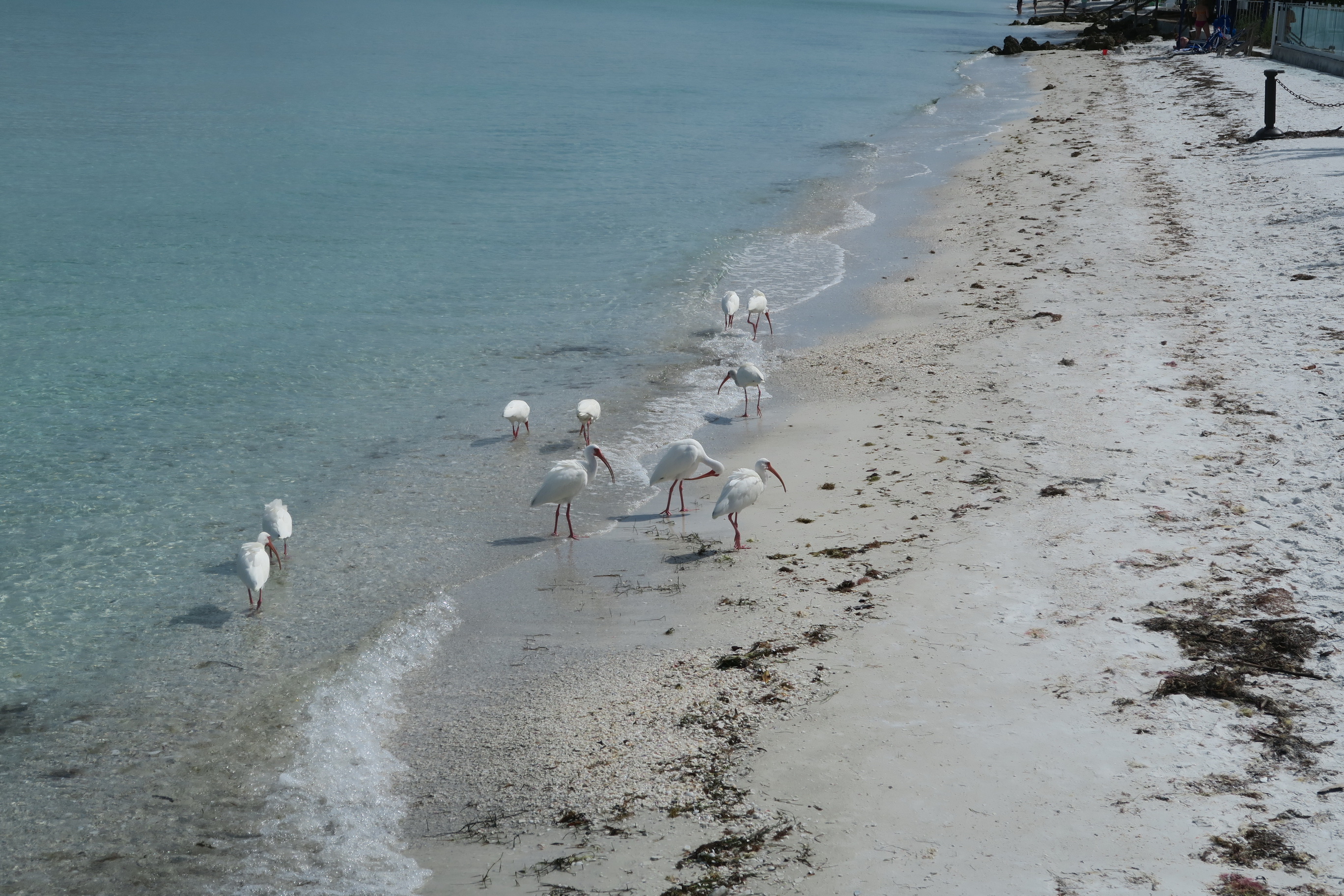 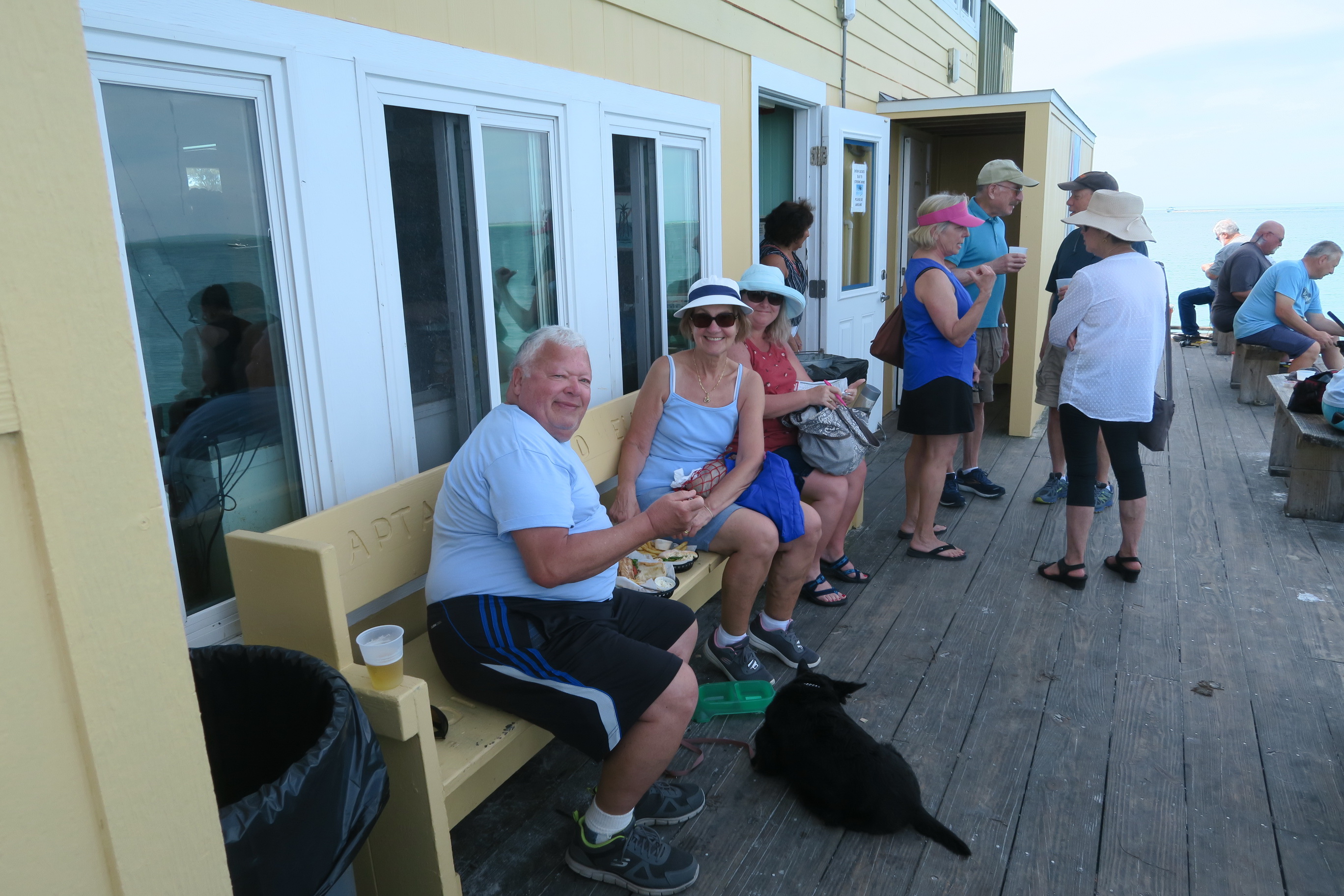 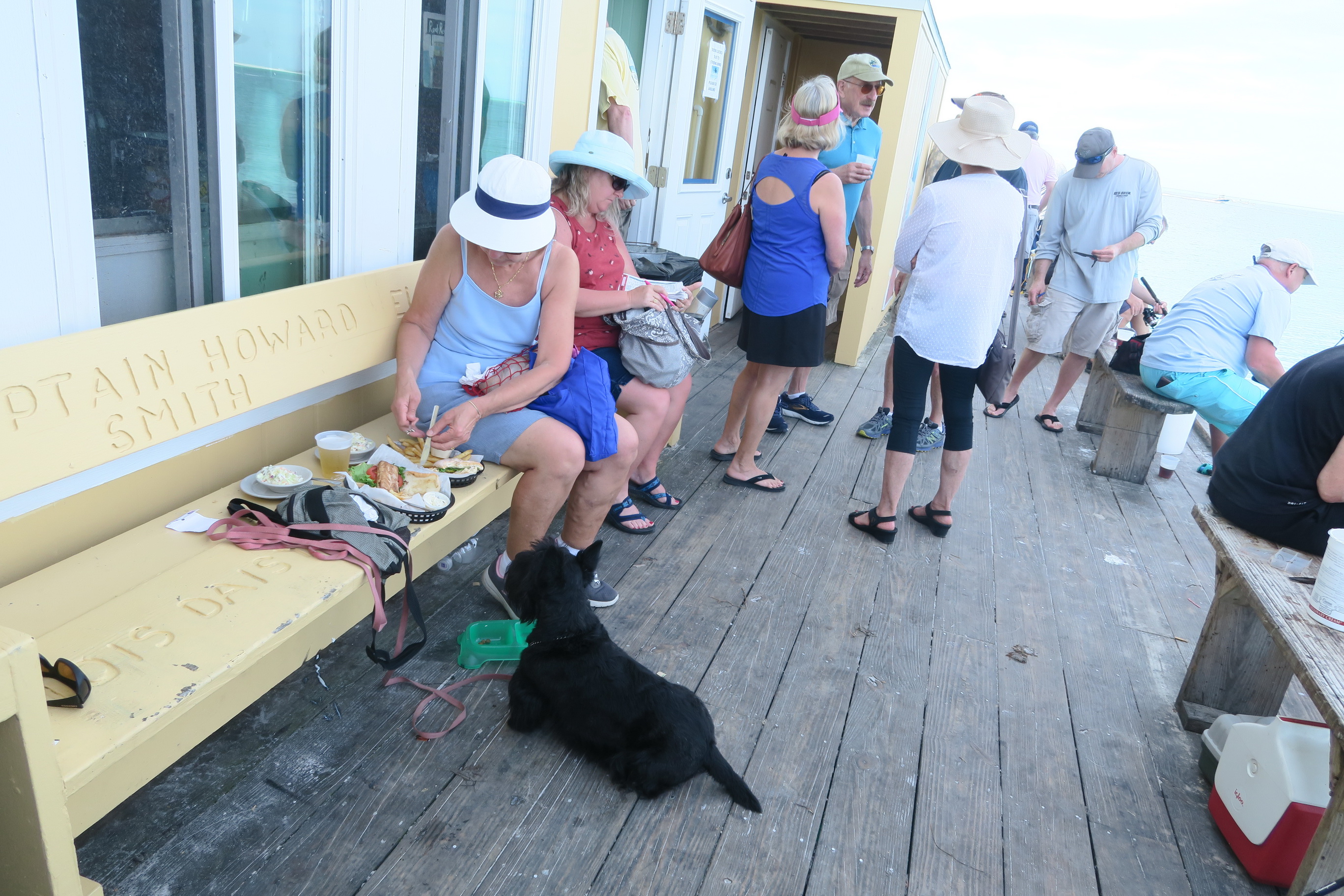 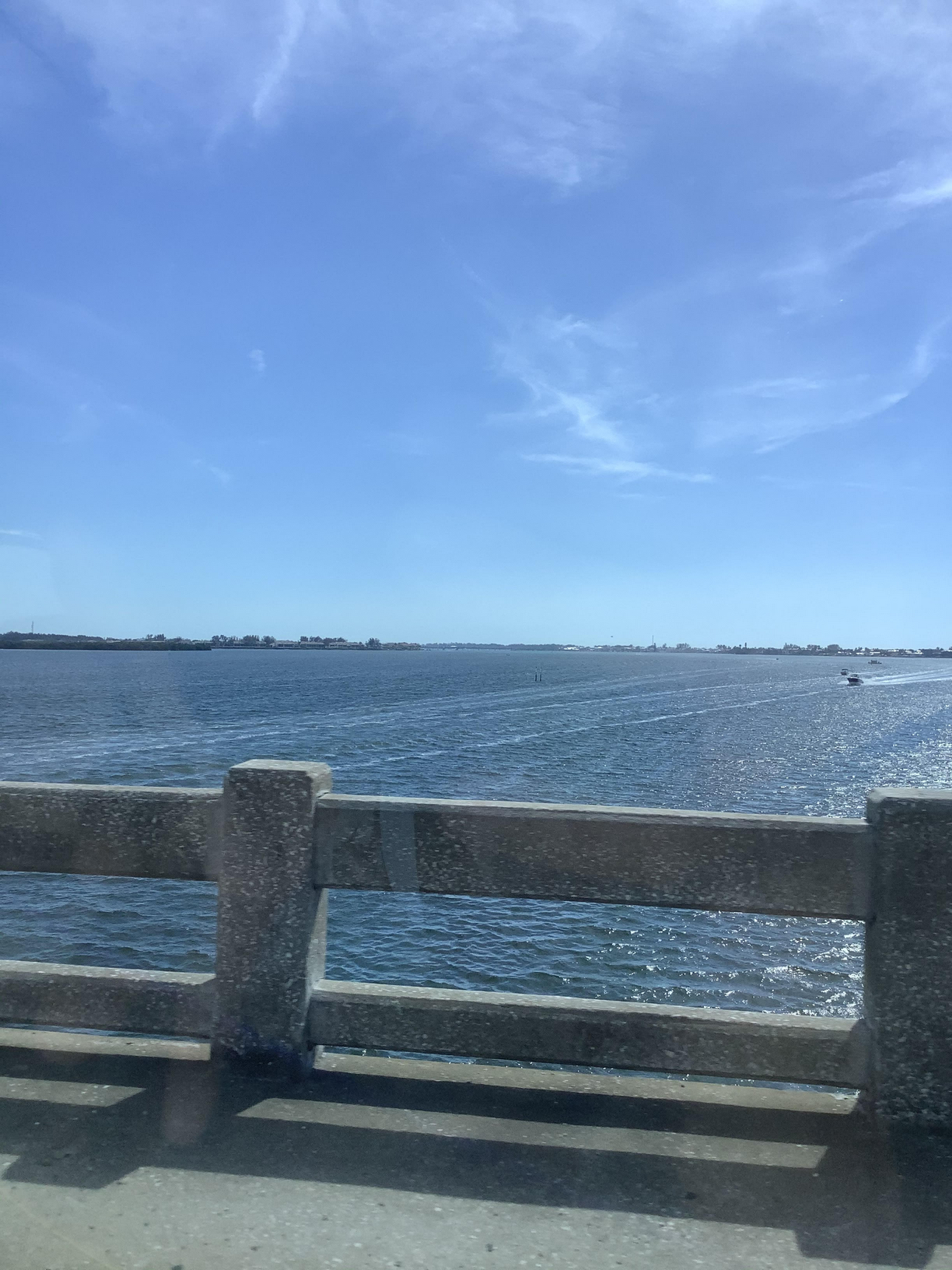 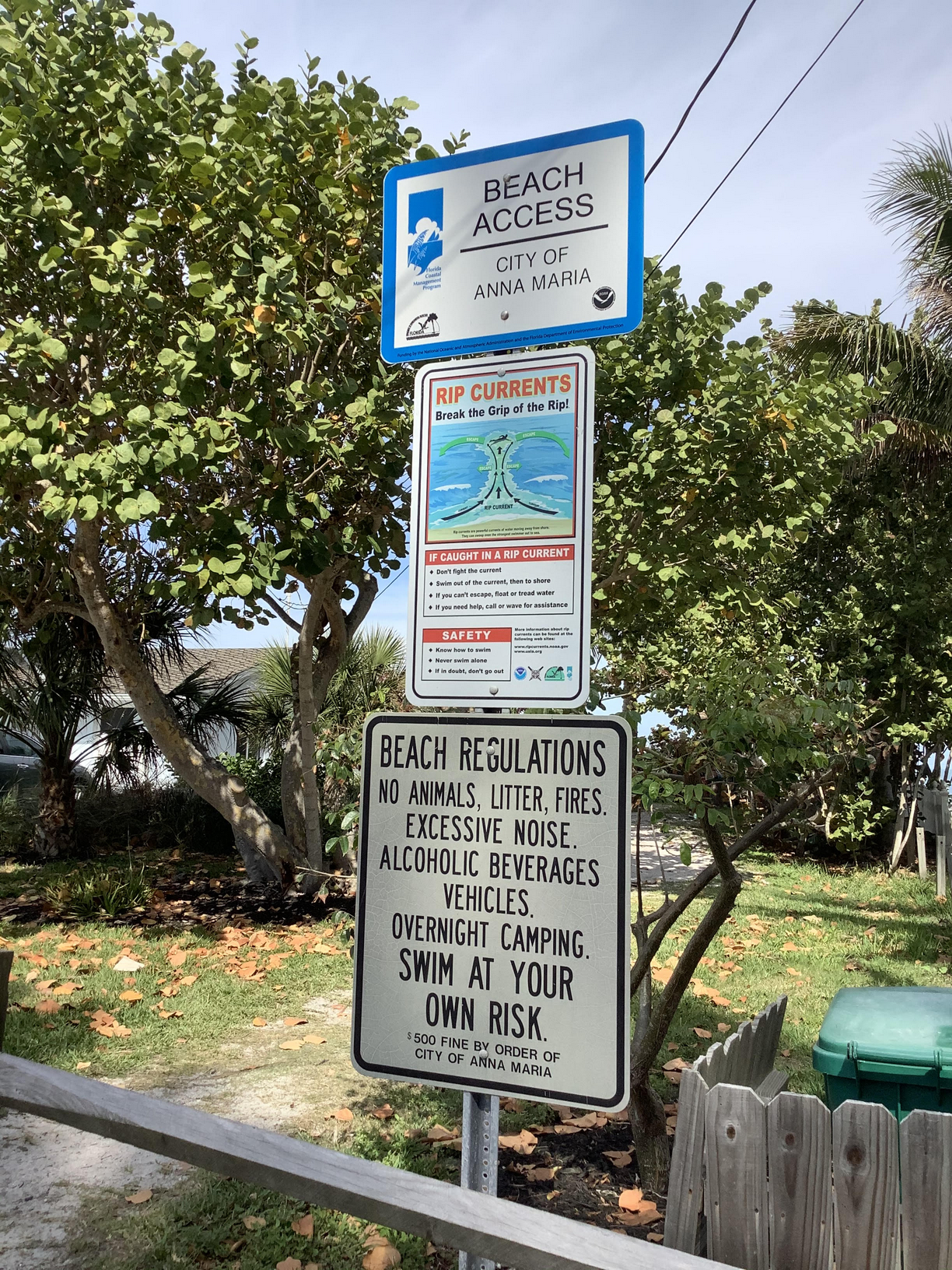 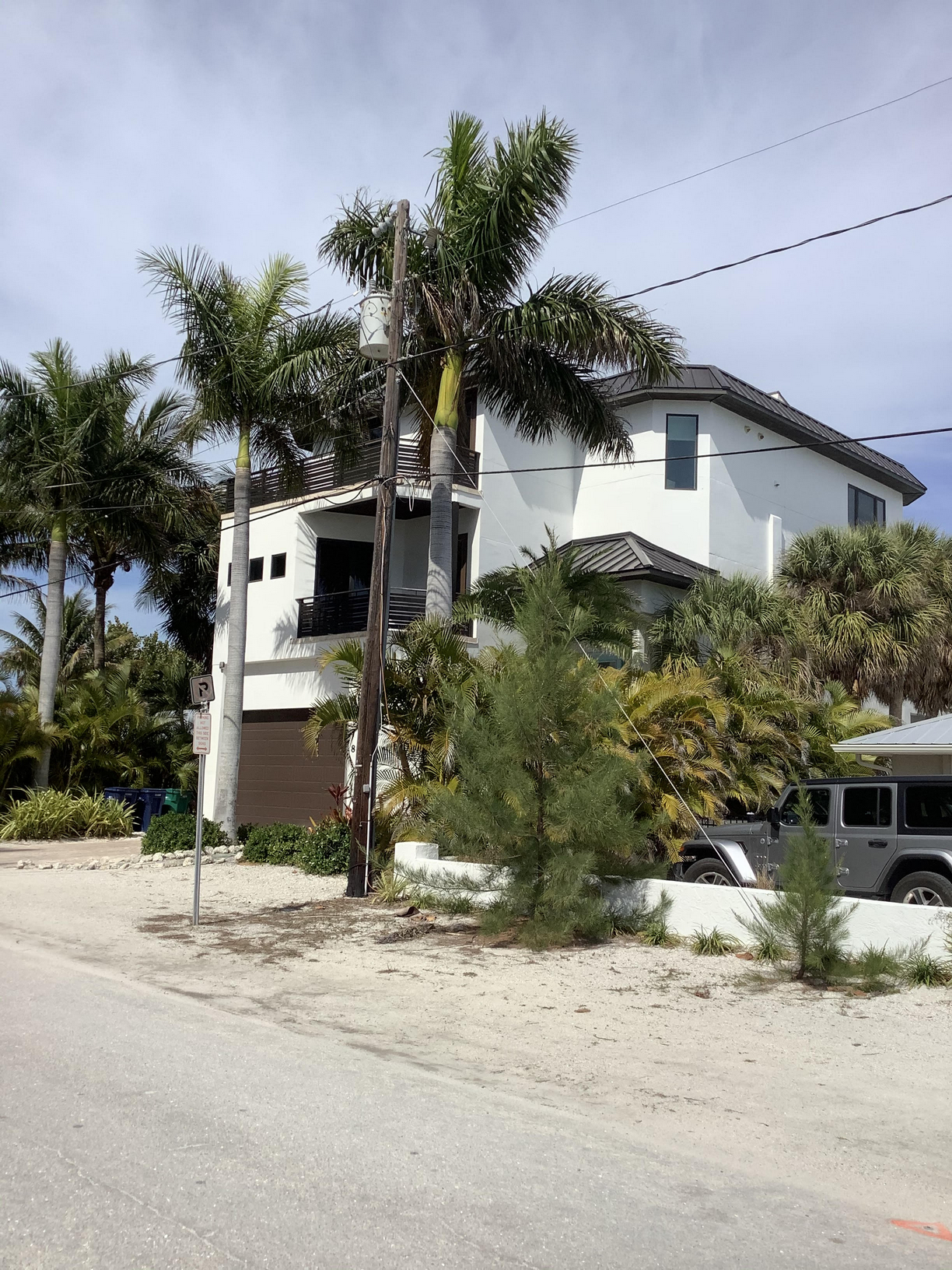 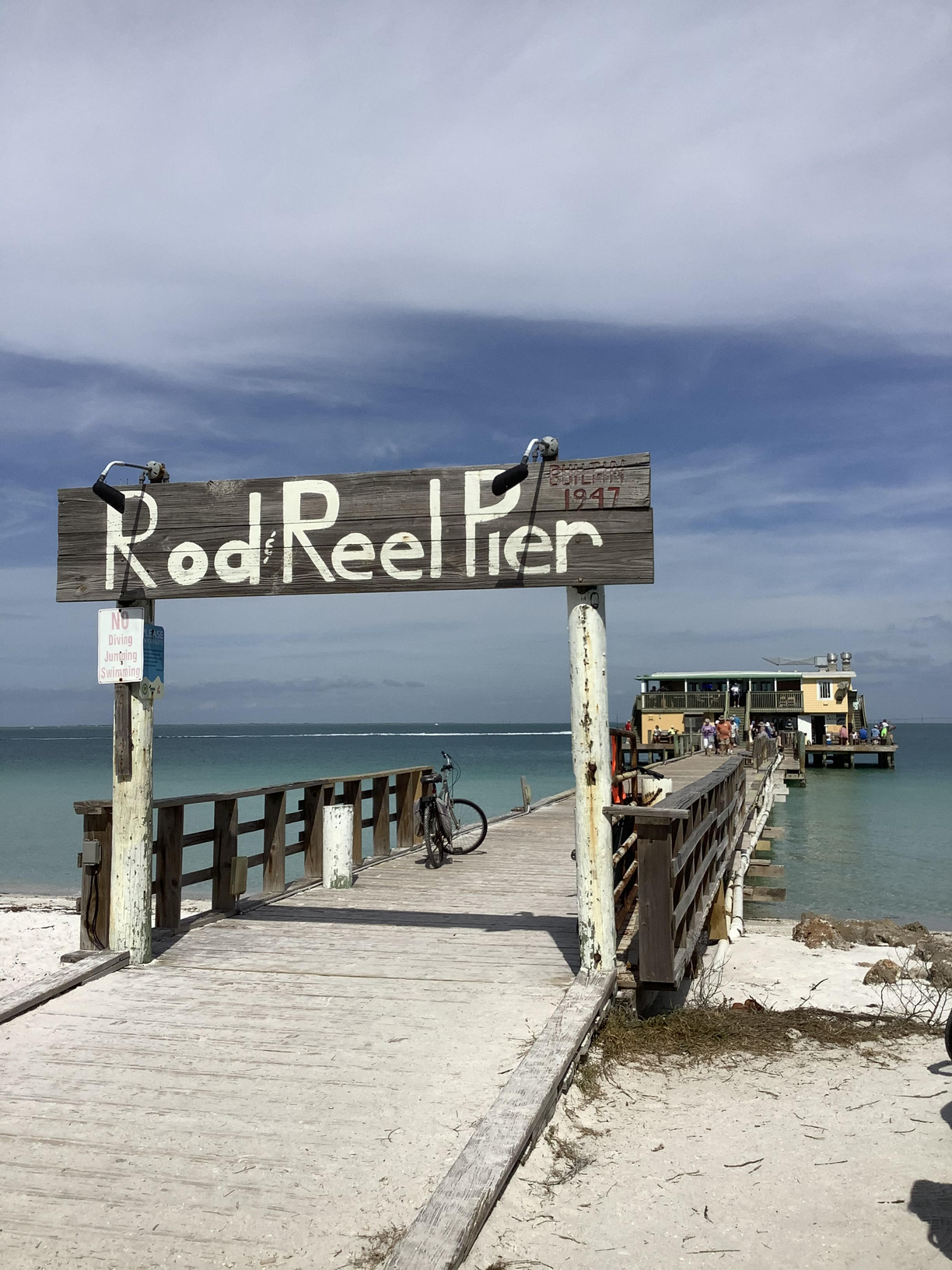