You know spring has arrived when the pro sport baseball teams open their spring training camps. And they have.

The Toronto Blue Jays train in Dunedin, Fl where they are nearing completion of a new spring training baseball park, scheduled to be opened this spring. We may get there.

For now, we have to satisfy our curiousity about baseball spring training with our visit to that of the Pittsburgh Pirates in closeby Bradenton, Fl.

The entrance gate opens at 9am. Fermo was questioned a little, but he had all his proper documentation, including service dog tag. He pass inspection. Us, not so. Security is taken much more seriously than in days of old. We thought security was checking for alcohol or contraband such as picnic foods, forbidden profit threats to the park’s one souvenir-snacks stand. We were not fully correct in our security check assumption as confirmed by the gate security person checking our back packs. “Gotta check for guns or knives,” was the explanation. Whew…the new norm!

Excitement grew as the 10am approached, the scheduled arrival time of the 2020 roster of players, rookies and returnees. The veteran fans, more experienced with these events, grew more excited as the clock ticked down.

The groundskeepers were very busy with the various parks that surrounded the central public announcer tower, each park dedicated to a different training practice, five different parks, situated adjacent to one another around the tower. One for outfielders where players lined up in the opposing lines a fair distance apart from one another so they could practice their long throws; another field dedicated to hitting, a pitcher pitching to batters casually smashing balls into center field; the catcher’s field was the most active and fun to watch. Catchers, rookie and veteran, garbed in player costume along with catcher gear, mask, shin protectors but no chest guard, would wait for the electronic launching machine to fire a ball high into the air, for each catcher to do his thing: whip off his mask, locate the ball in the azure morning sky and catch it. Next guy up! Fun to watch.

The tension and excitement could be felt everywhere in the practice park. Veteran fans, excited with the start of a new season; veteran players, glad to be back plying their trade, and hoping to avoid any new surprises such as a trade, or worse news; rookies, trying to look cool and casual, but inside, nervous and anxious, in hopes that they would remain in training camp for the duration when they would receive final news, they’d be playing this year and their contract would now be truly activated.

Spring training baseball parks are exciting places to be in even if one isn’t a knowledge fan. They’re just the wonderful omens of spring finally having arrived.

Our snapshots of spring training below: 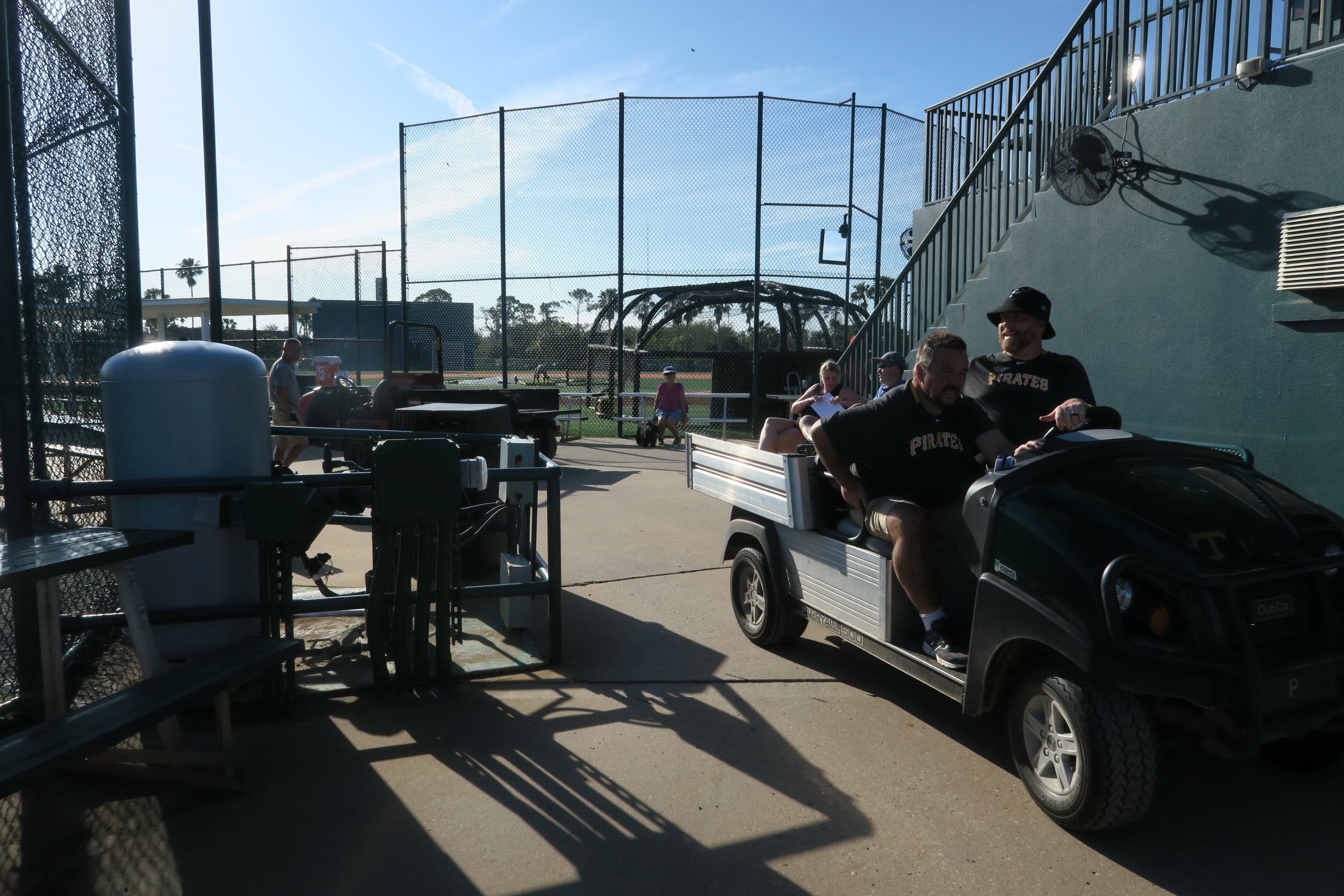 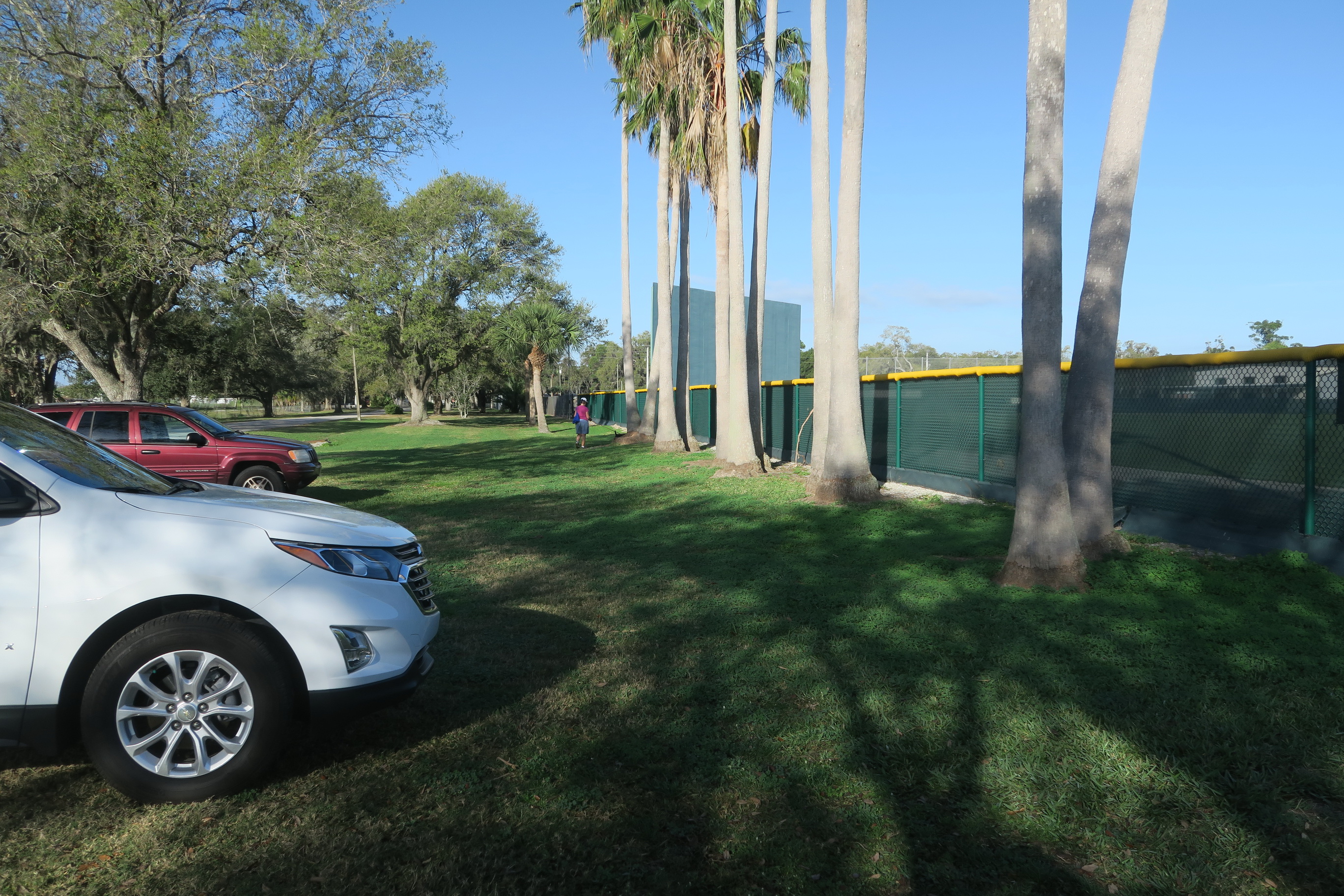 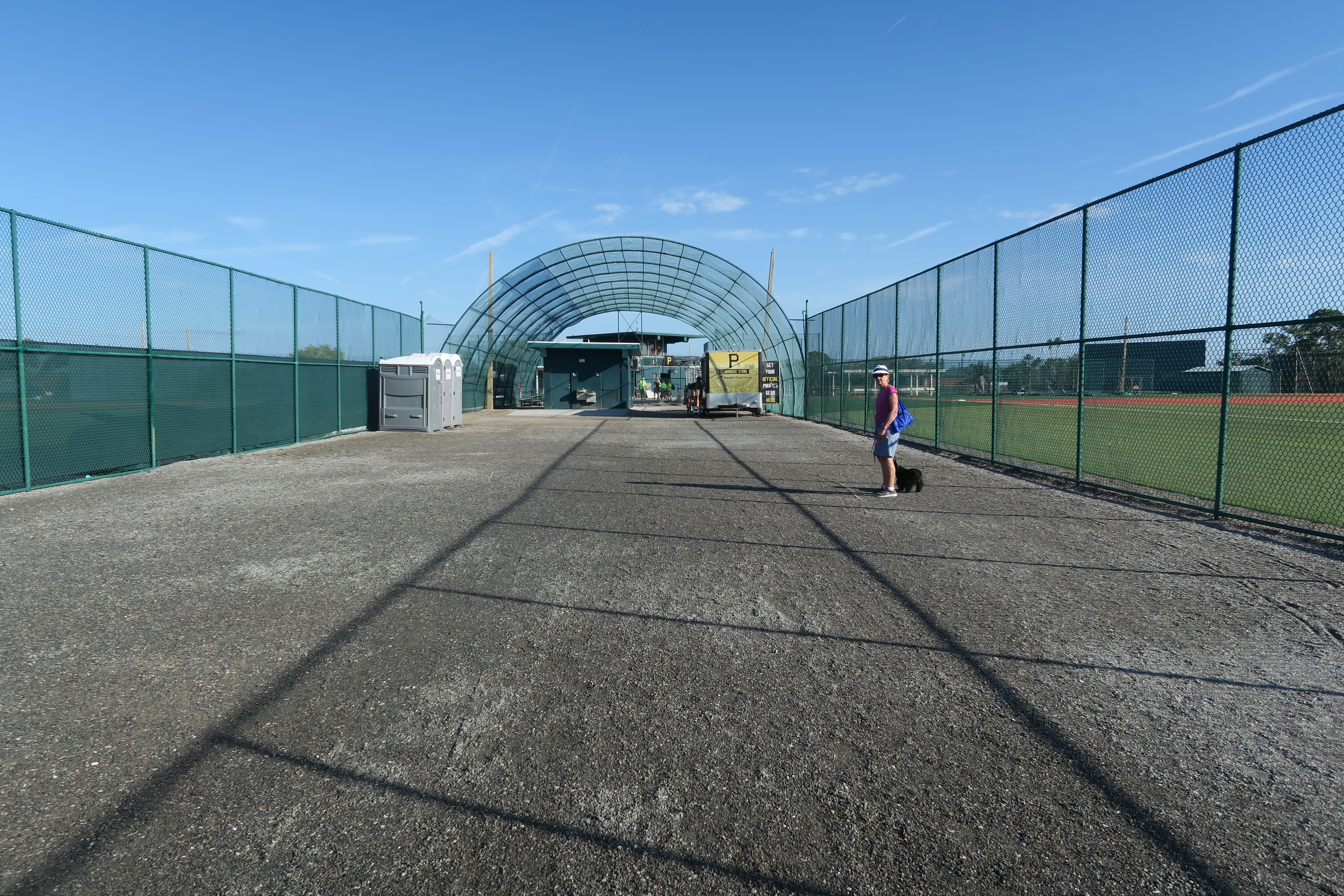 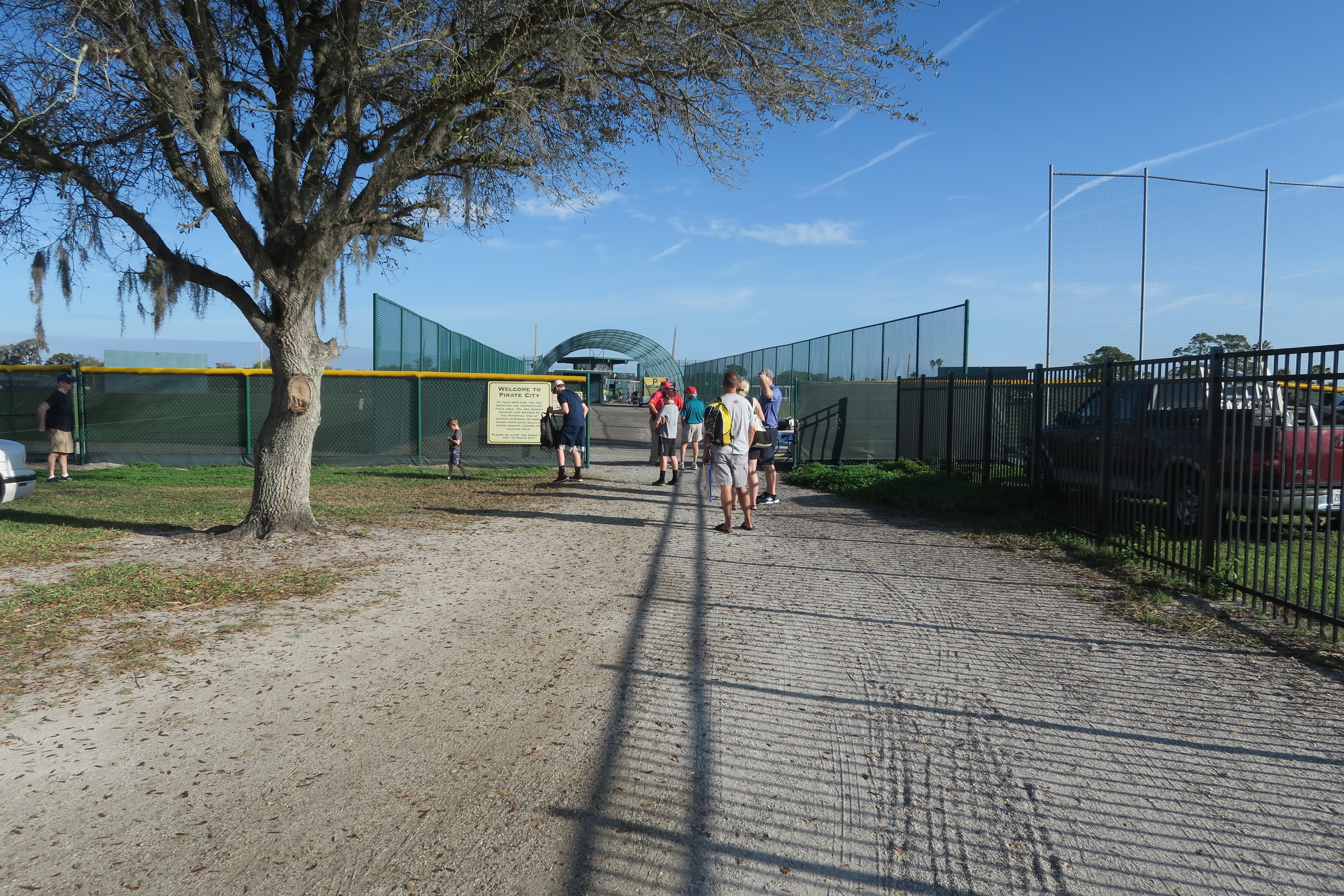 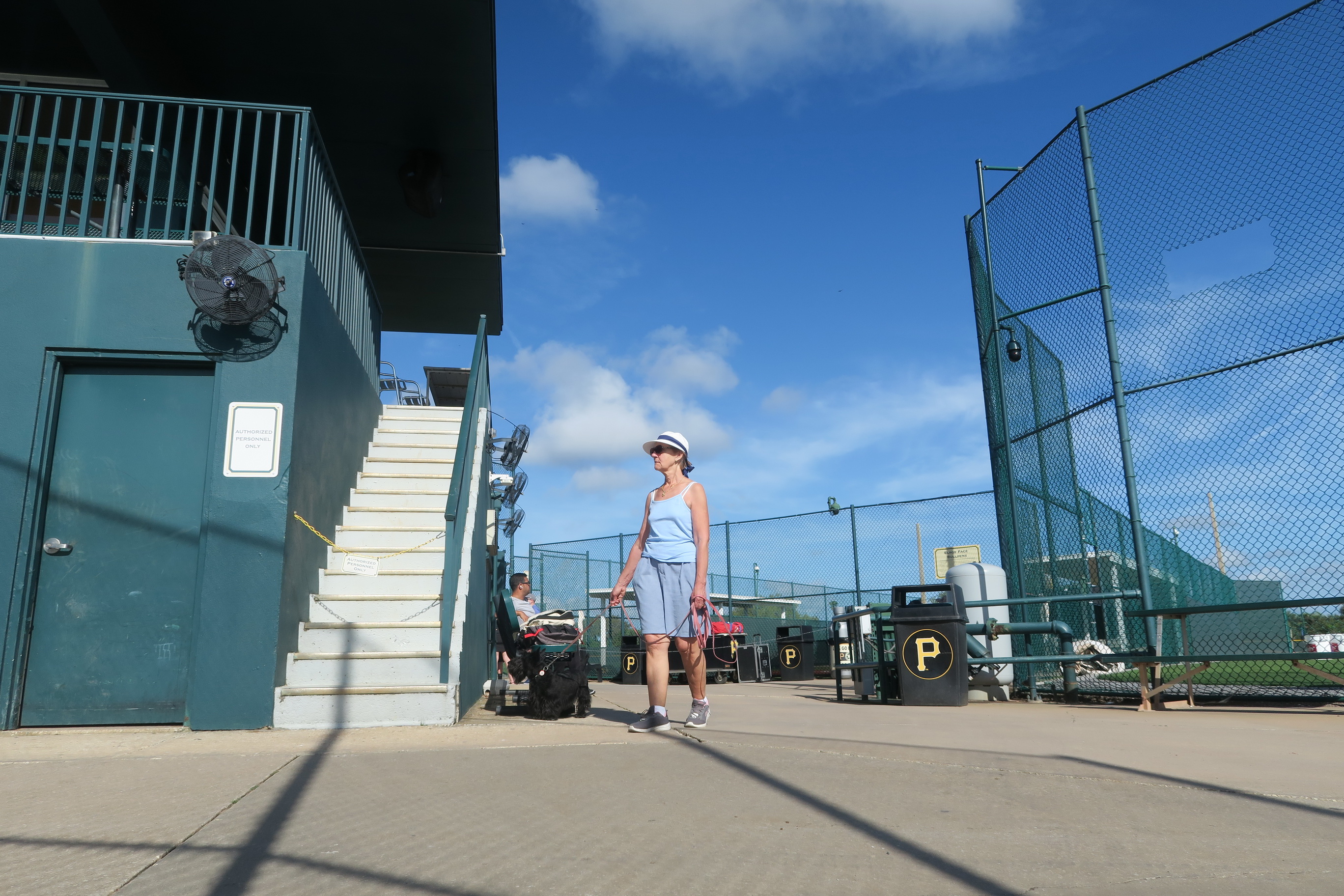 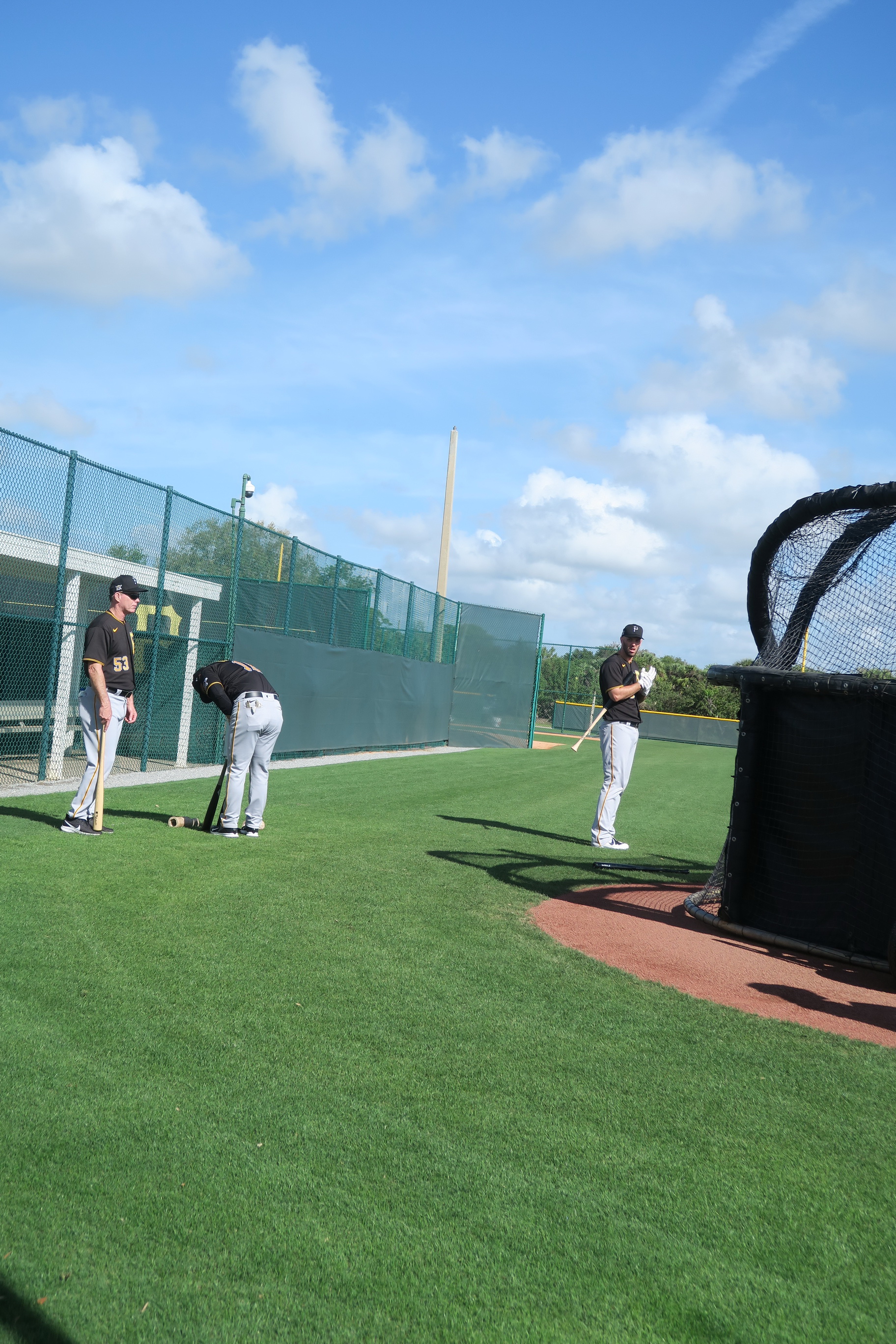 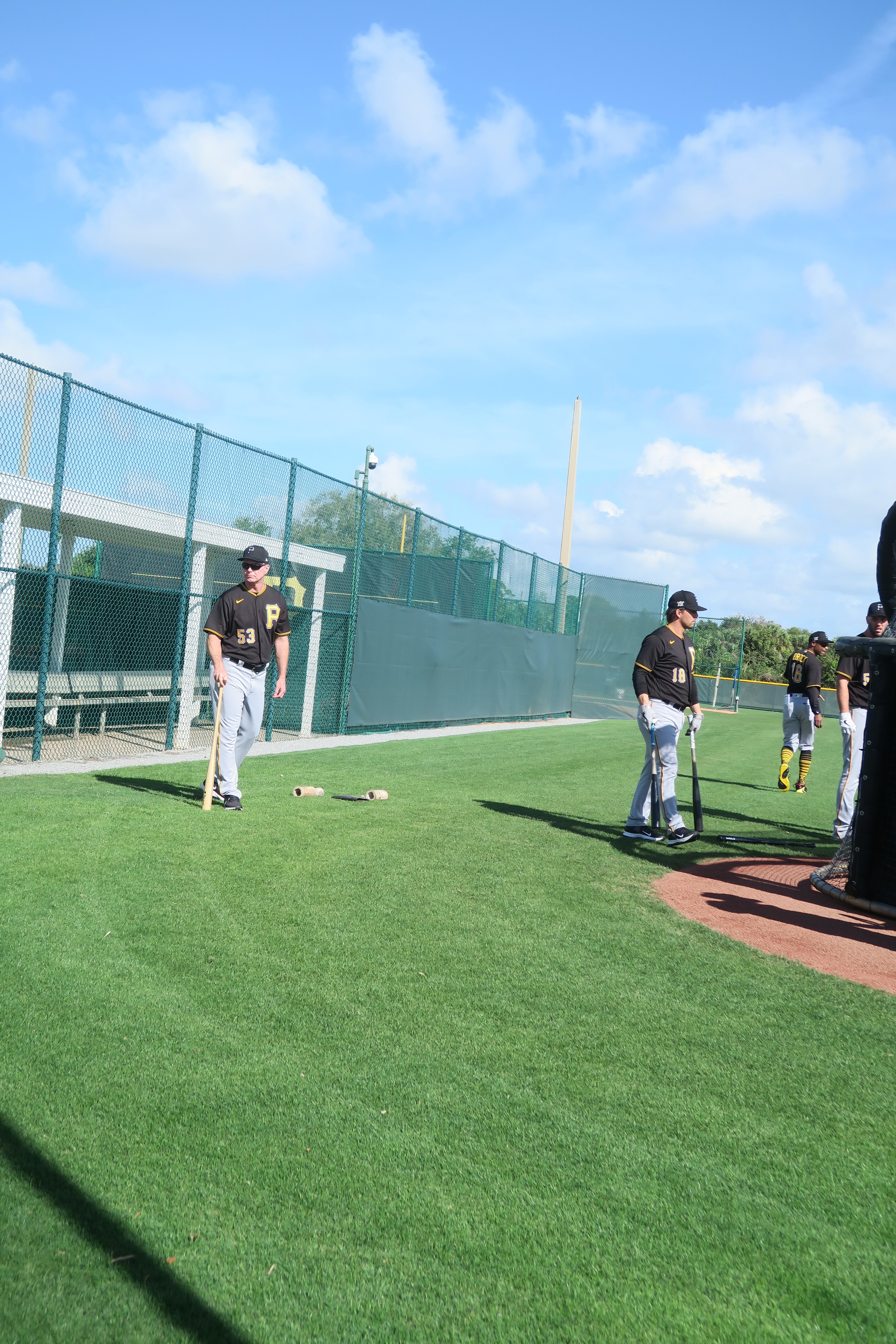 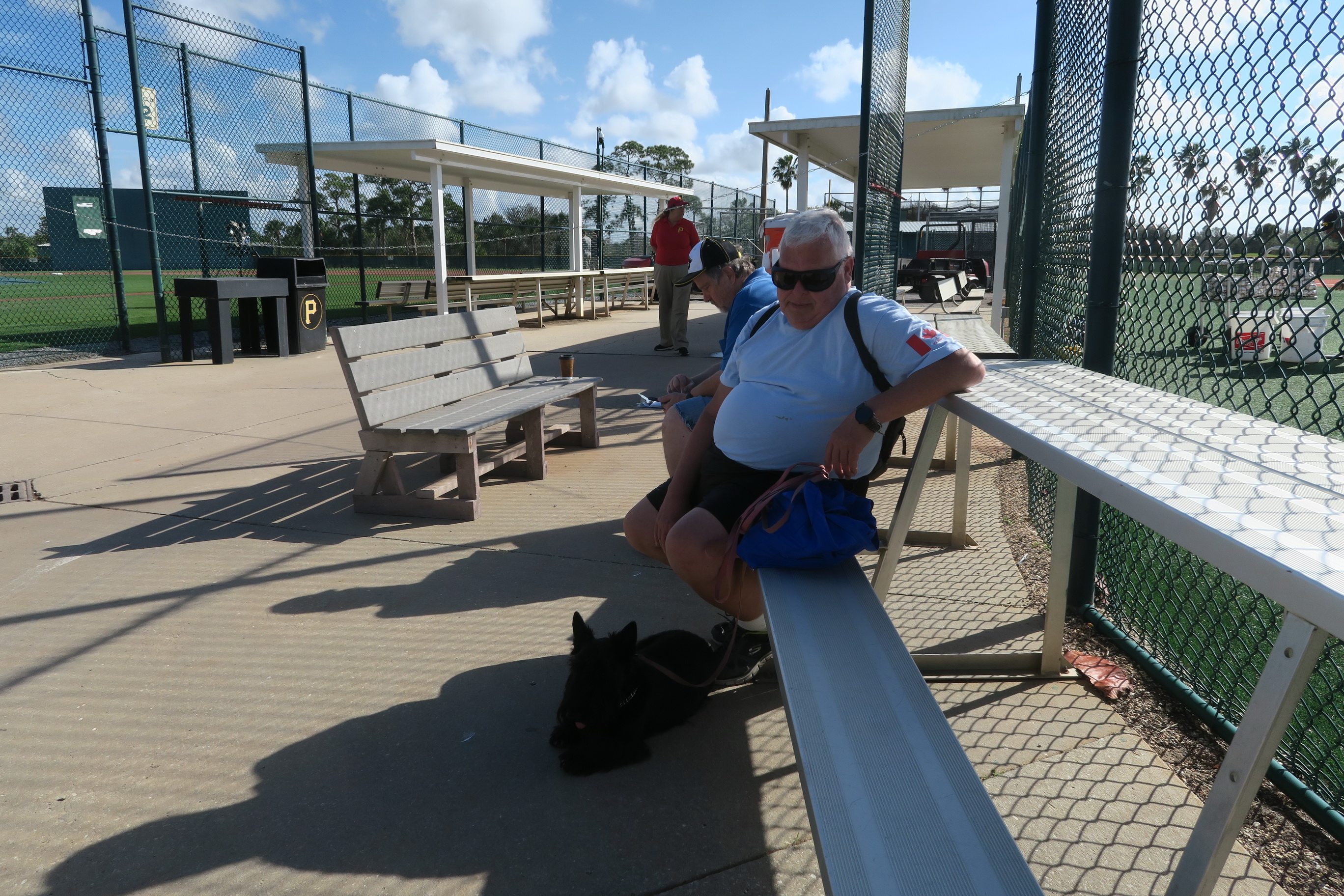 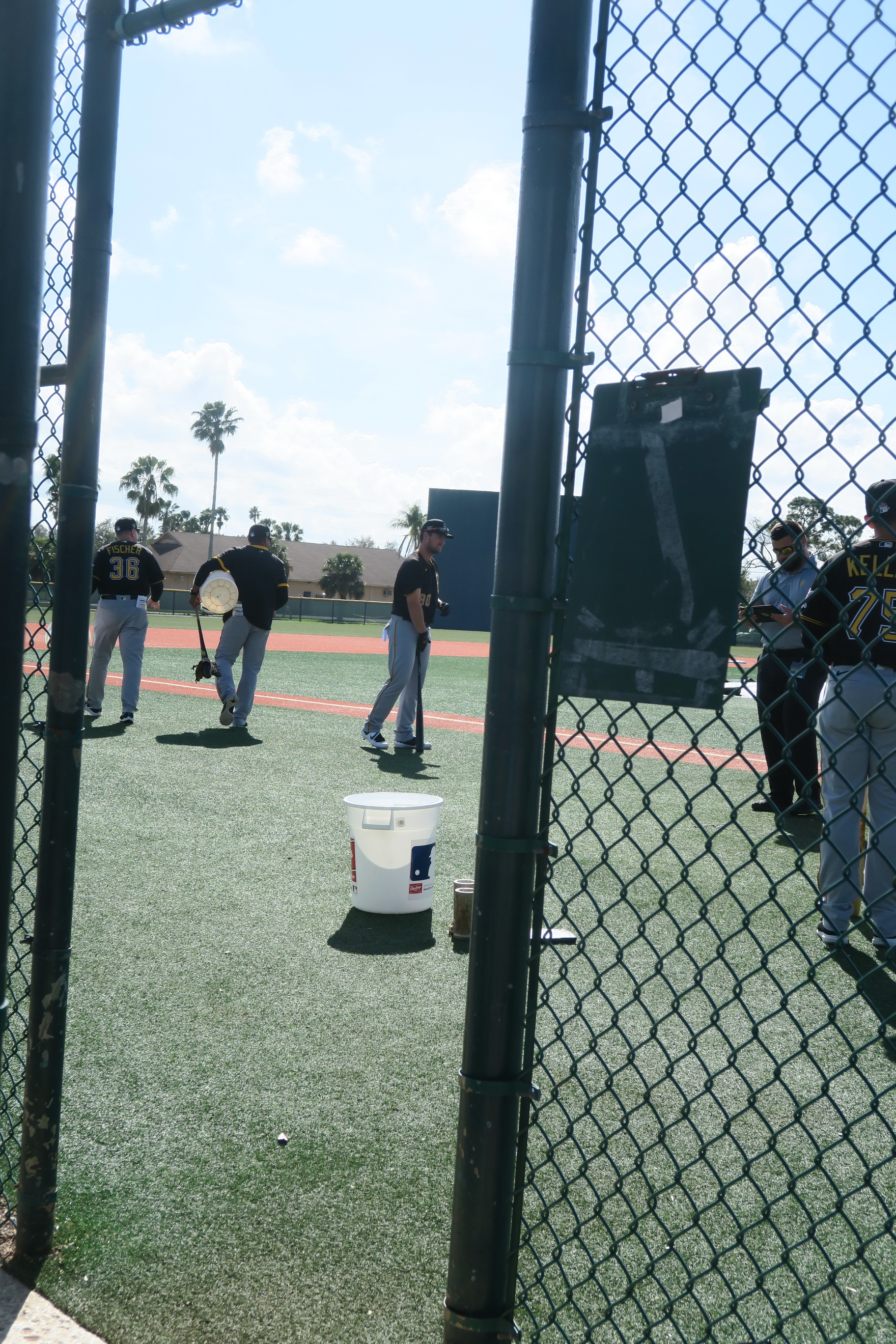 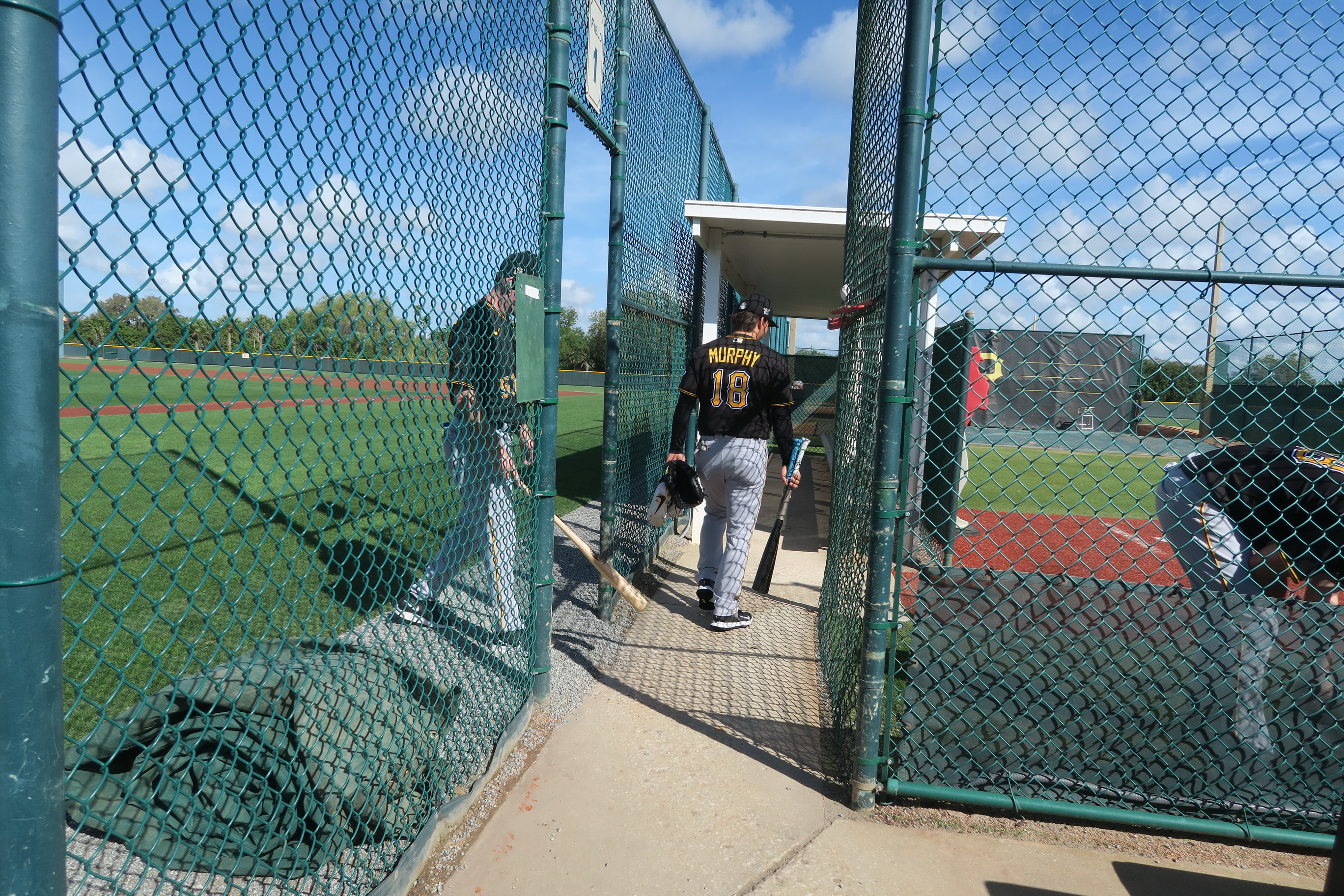 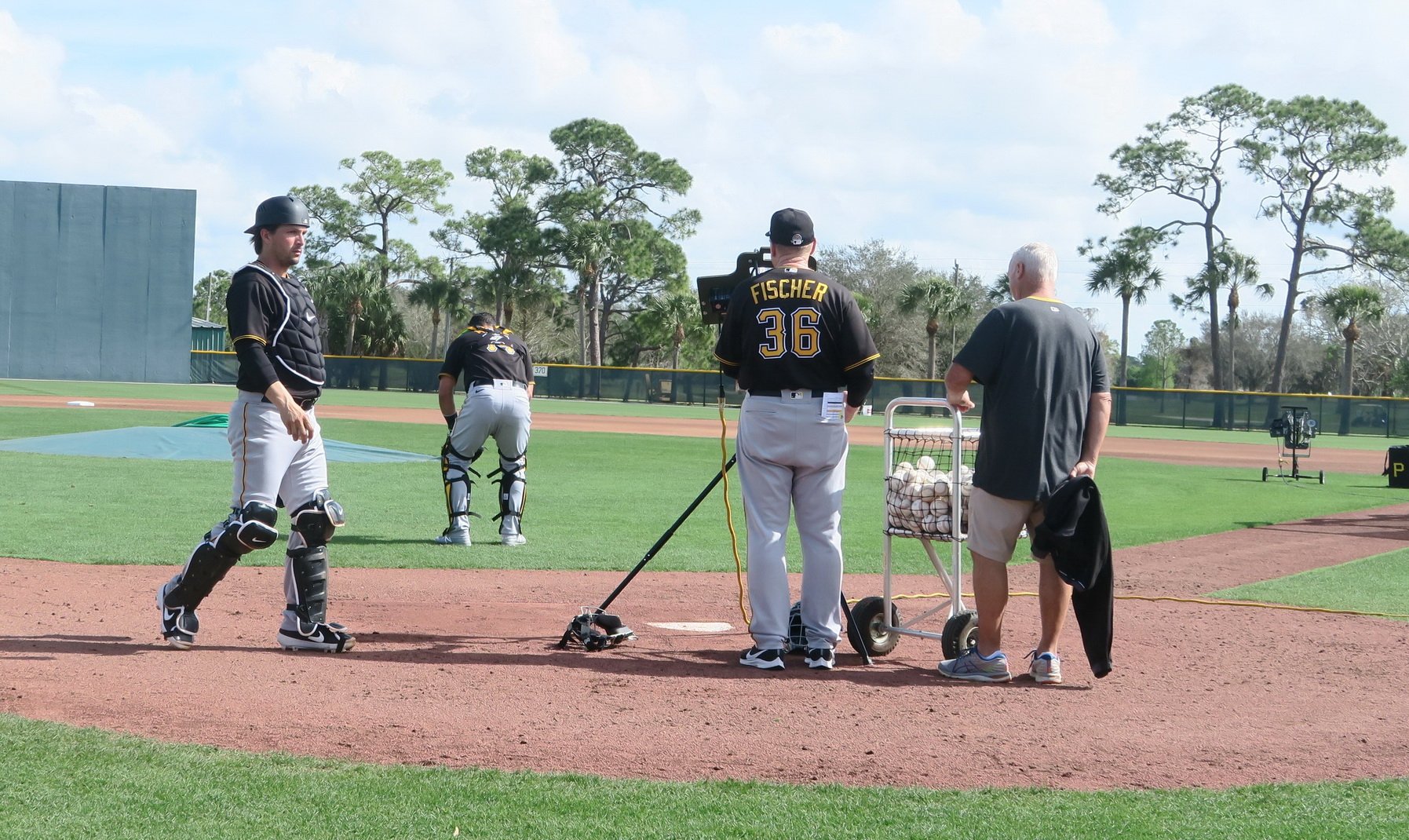 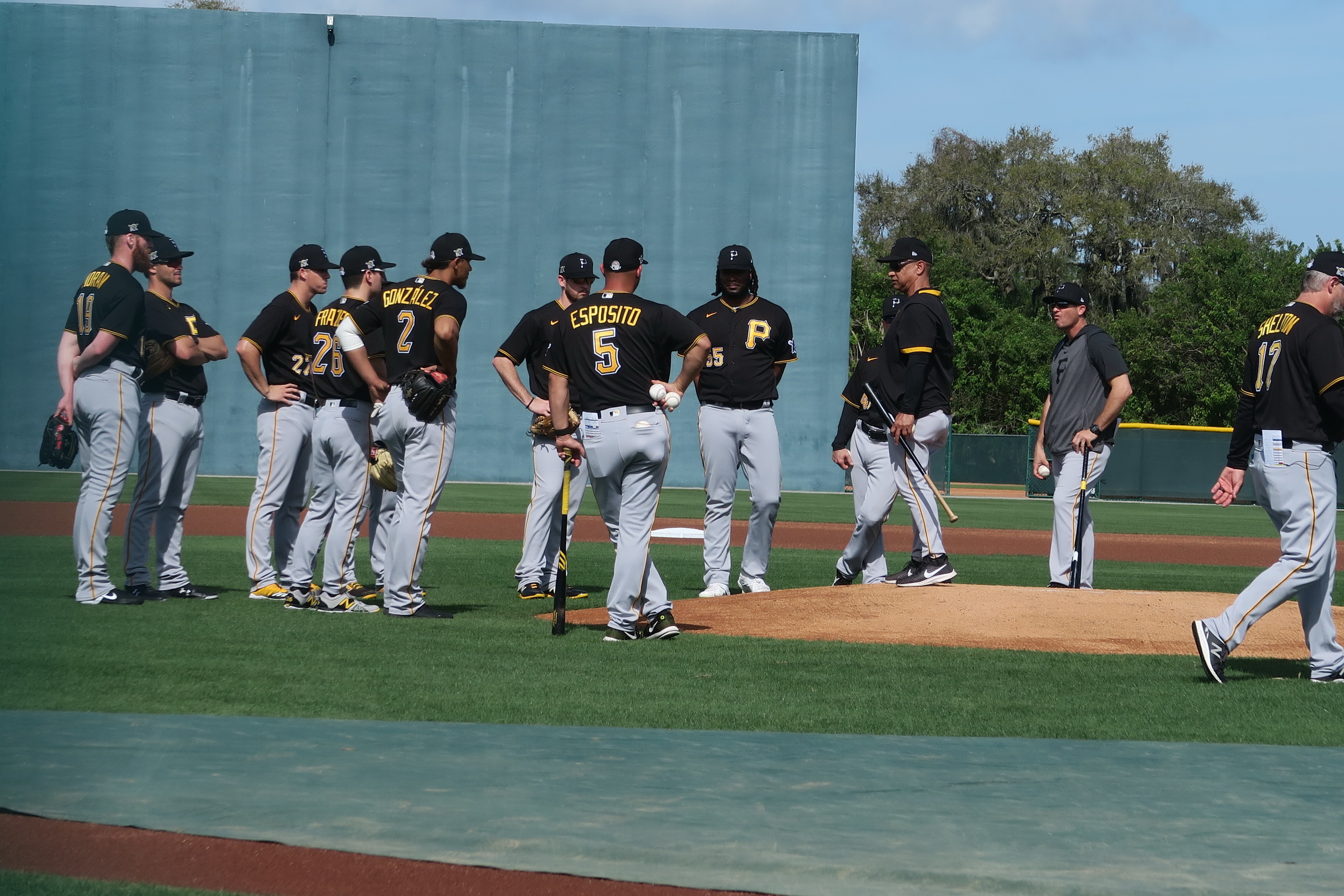 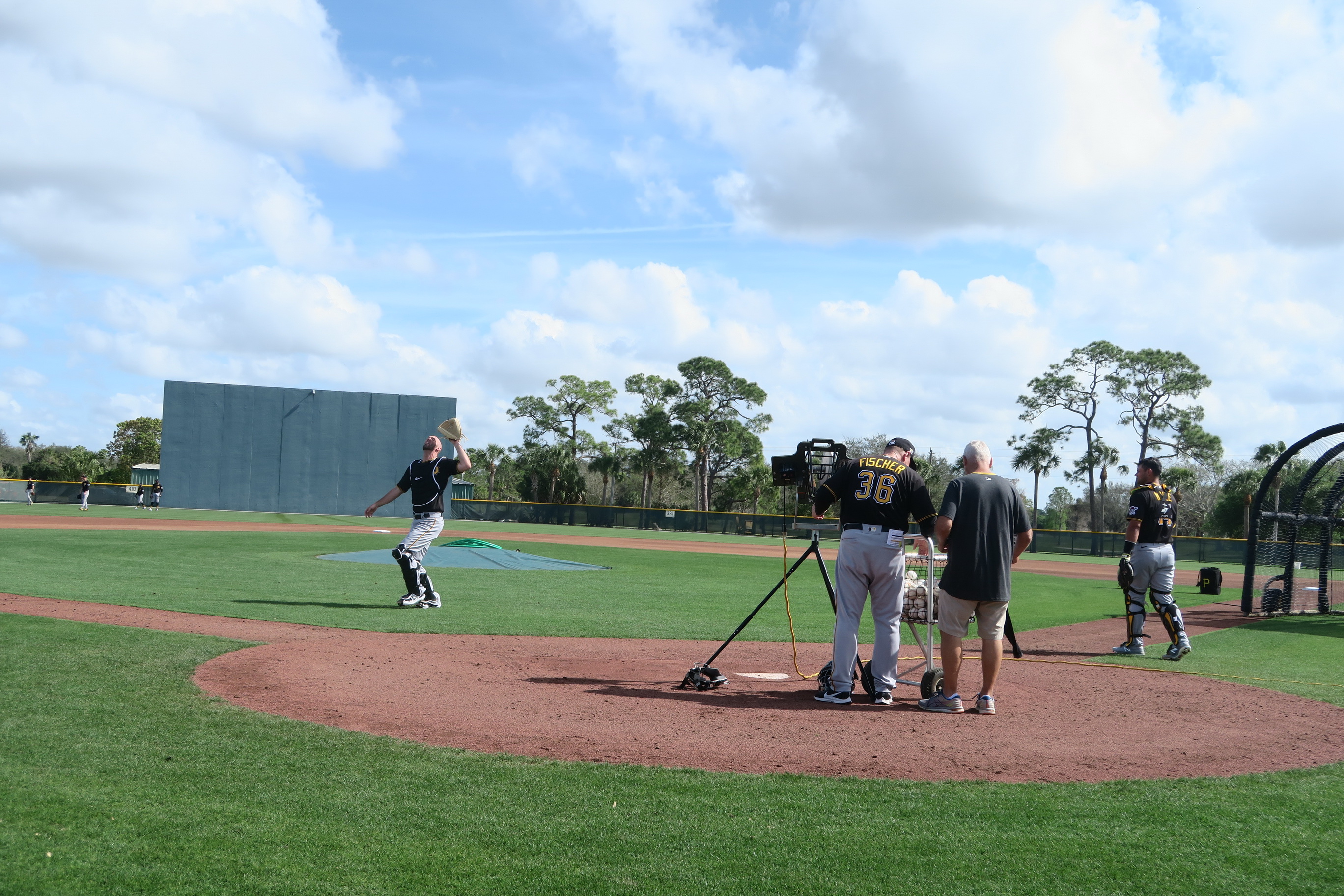 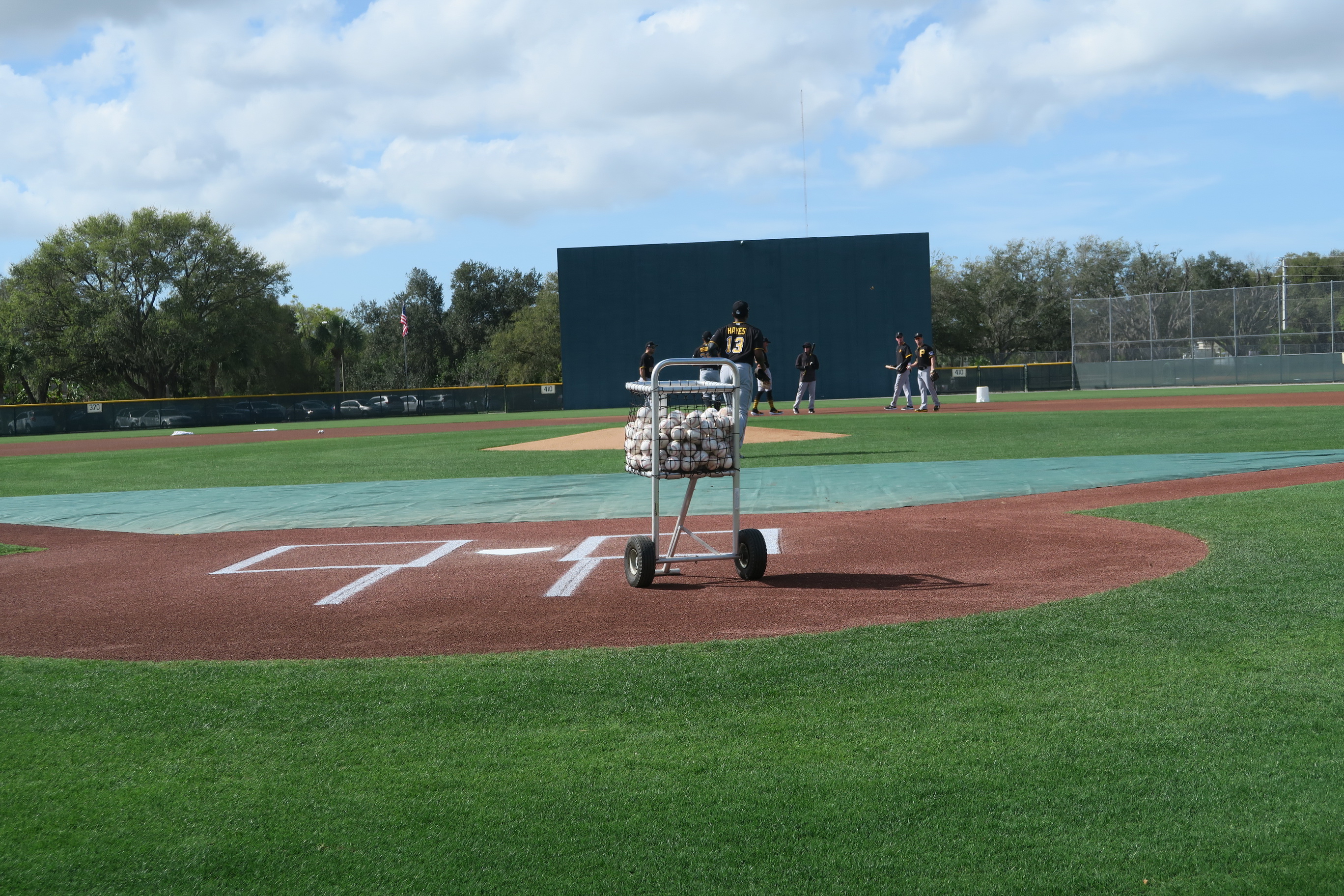 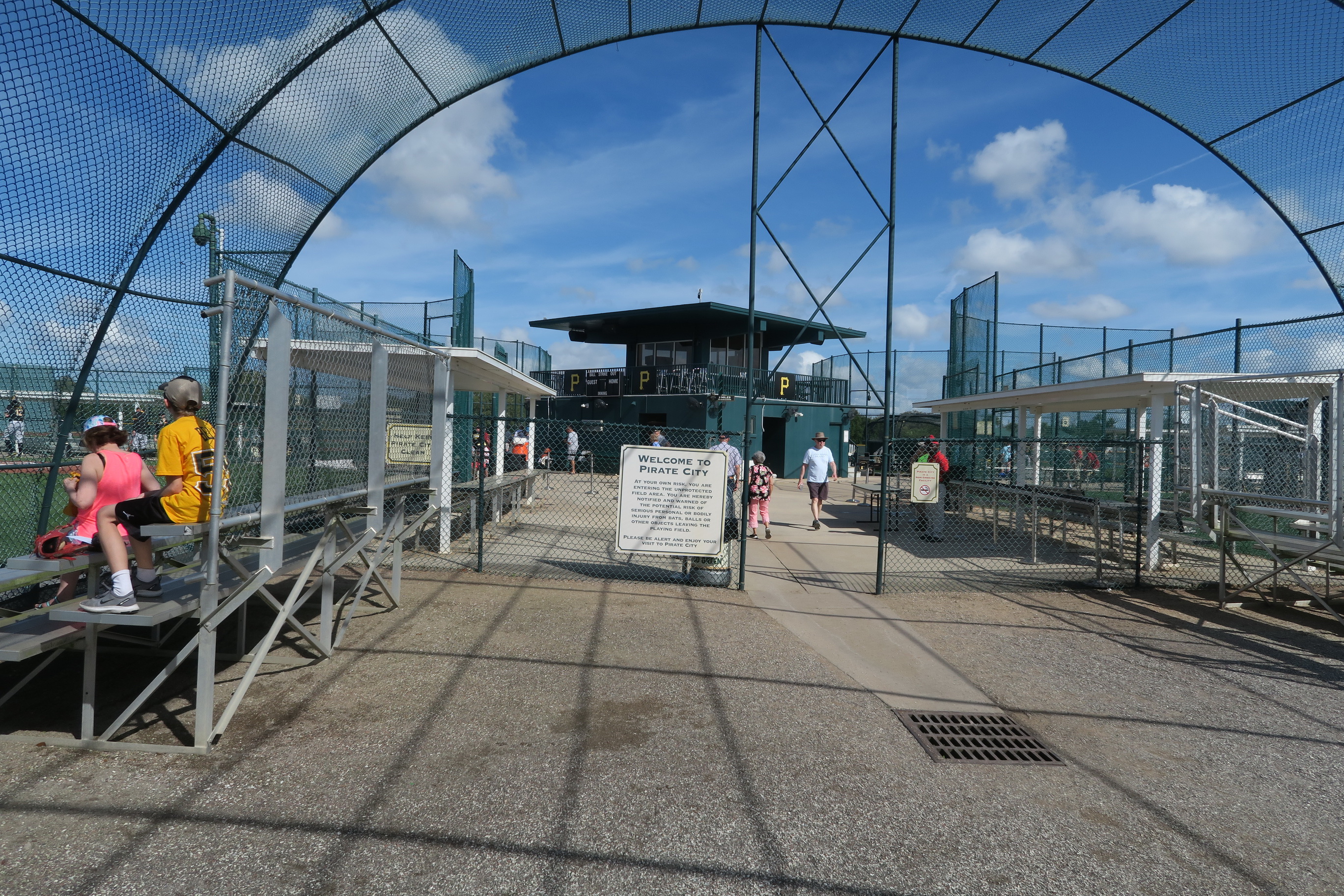 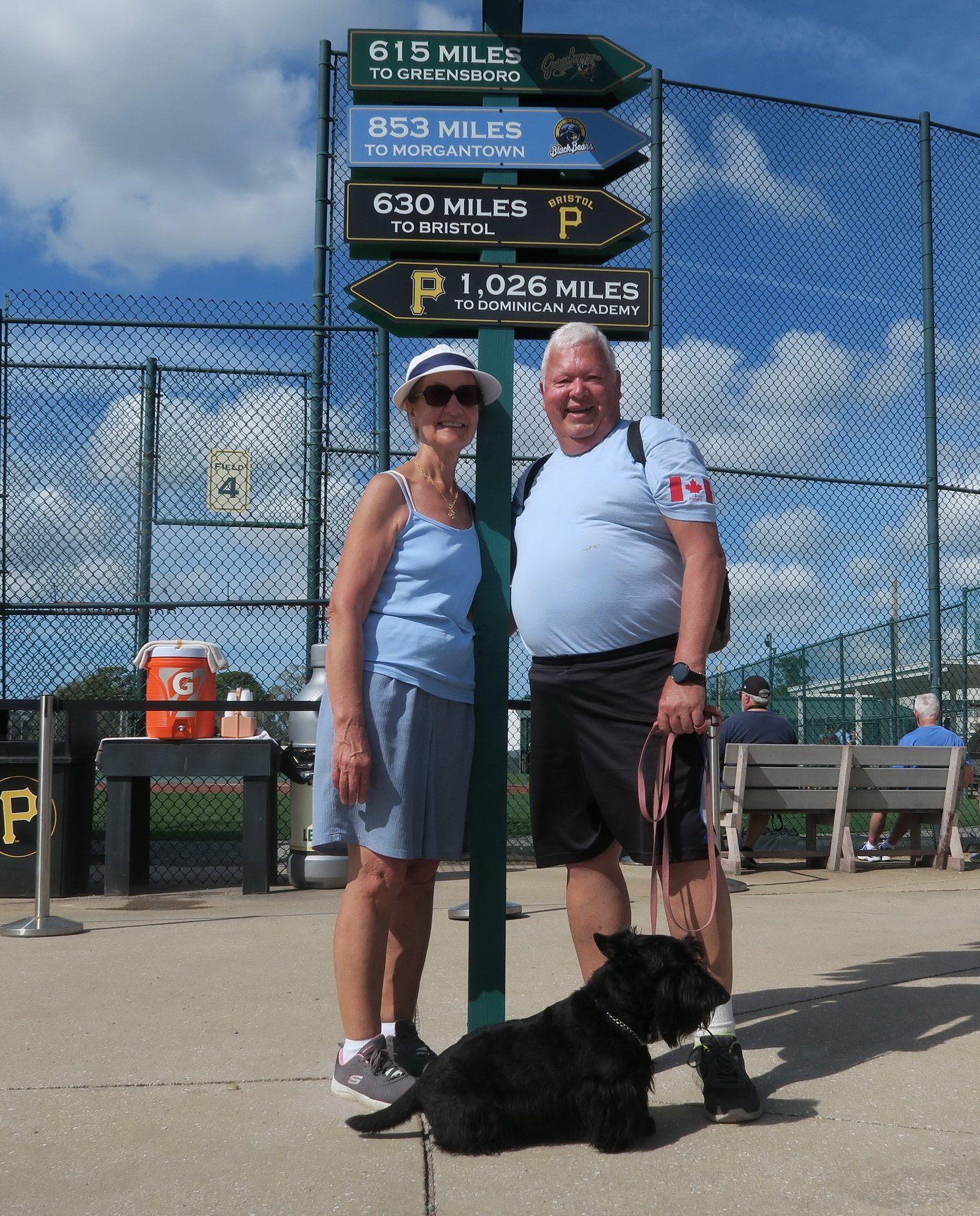 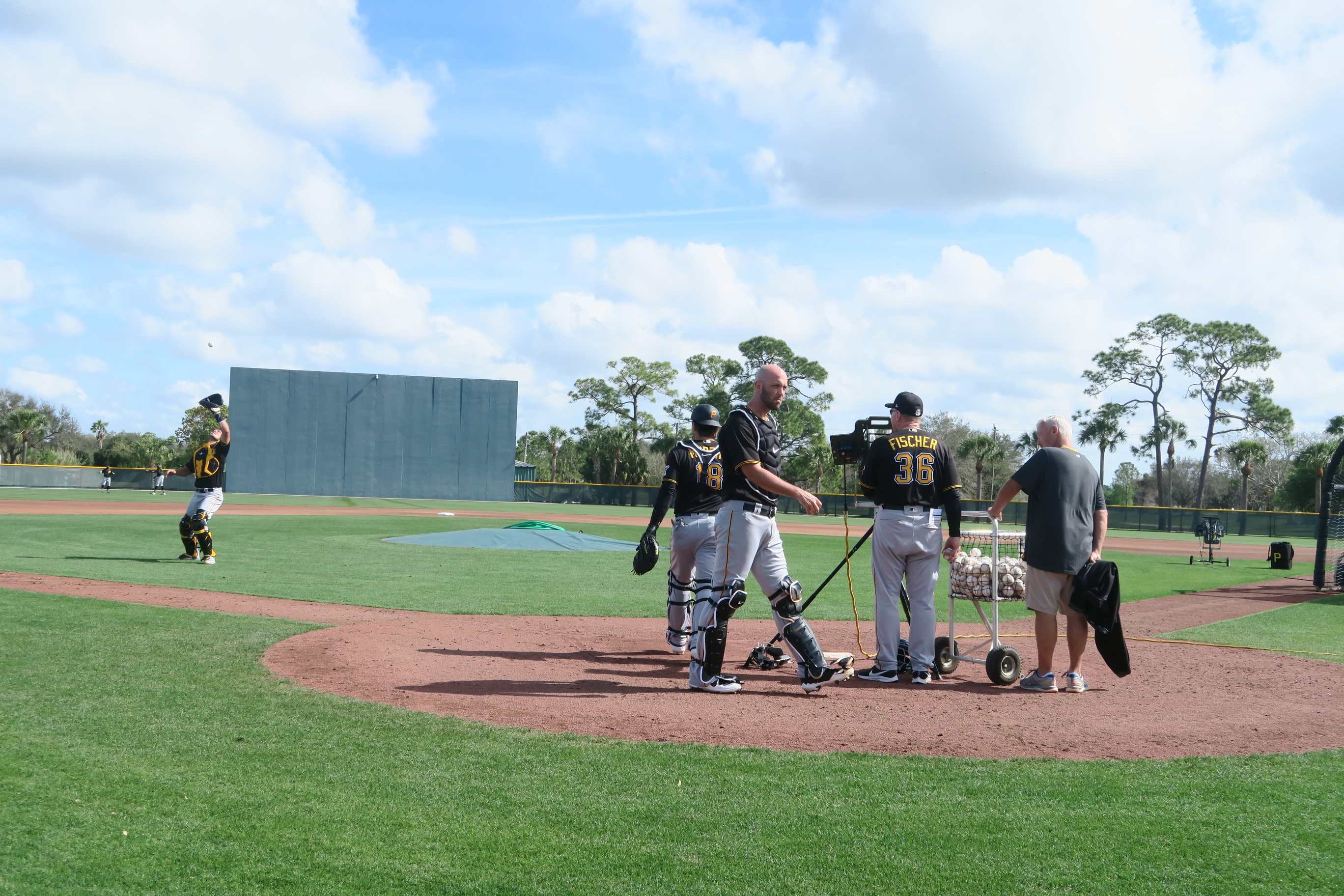 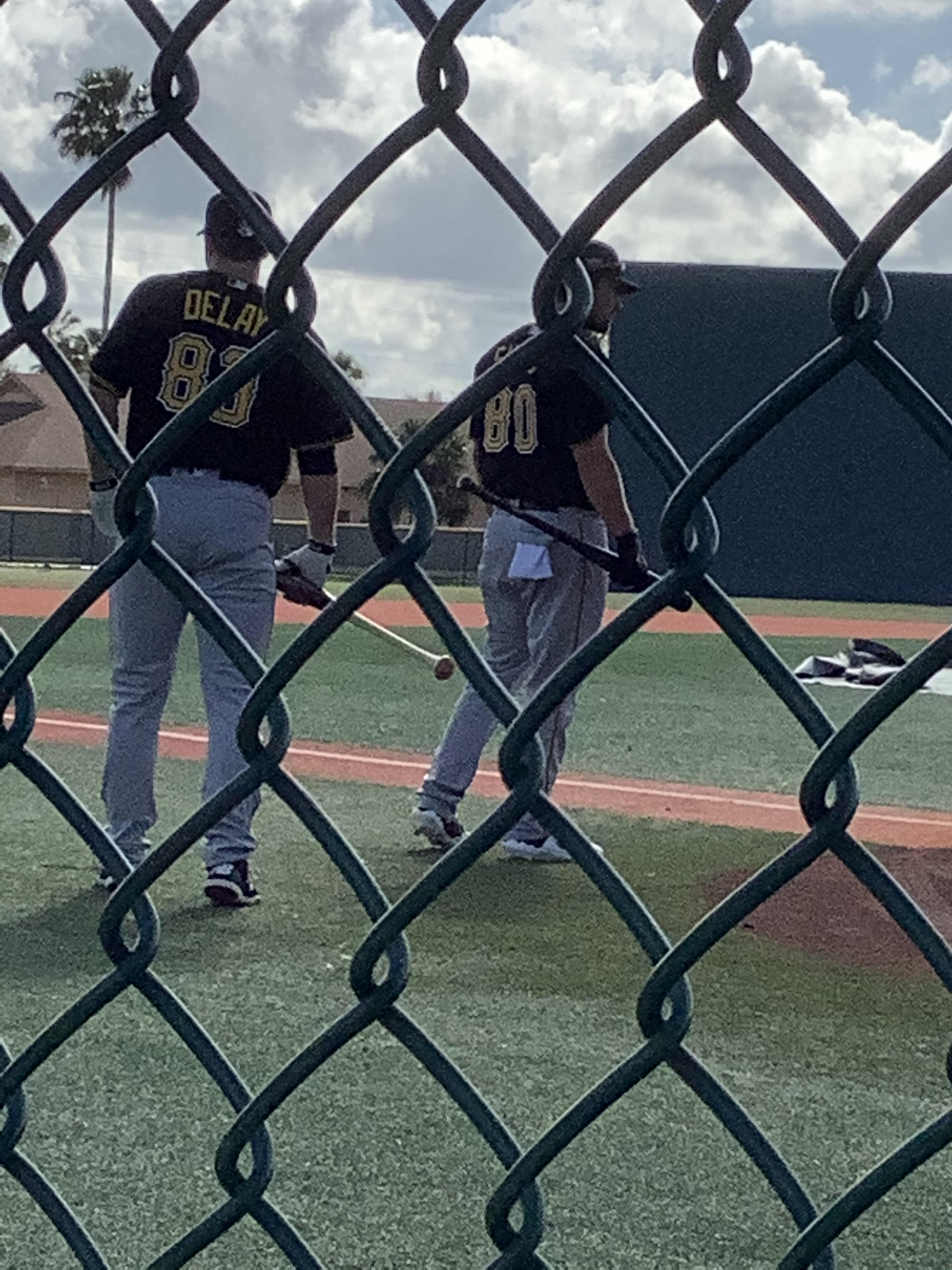 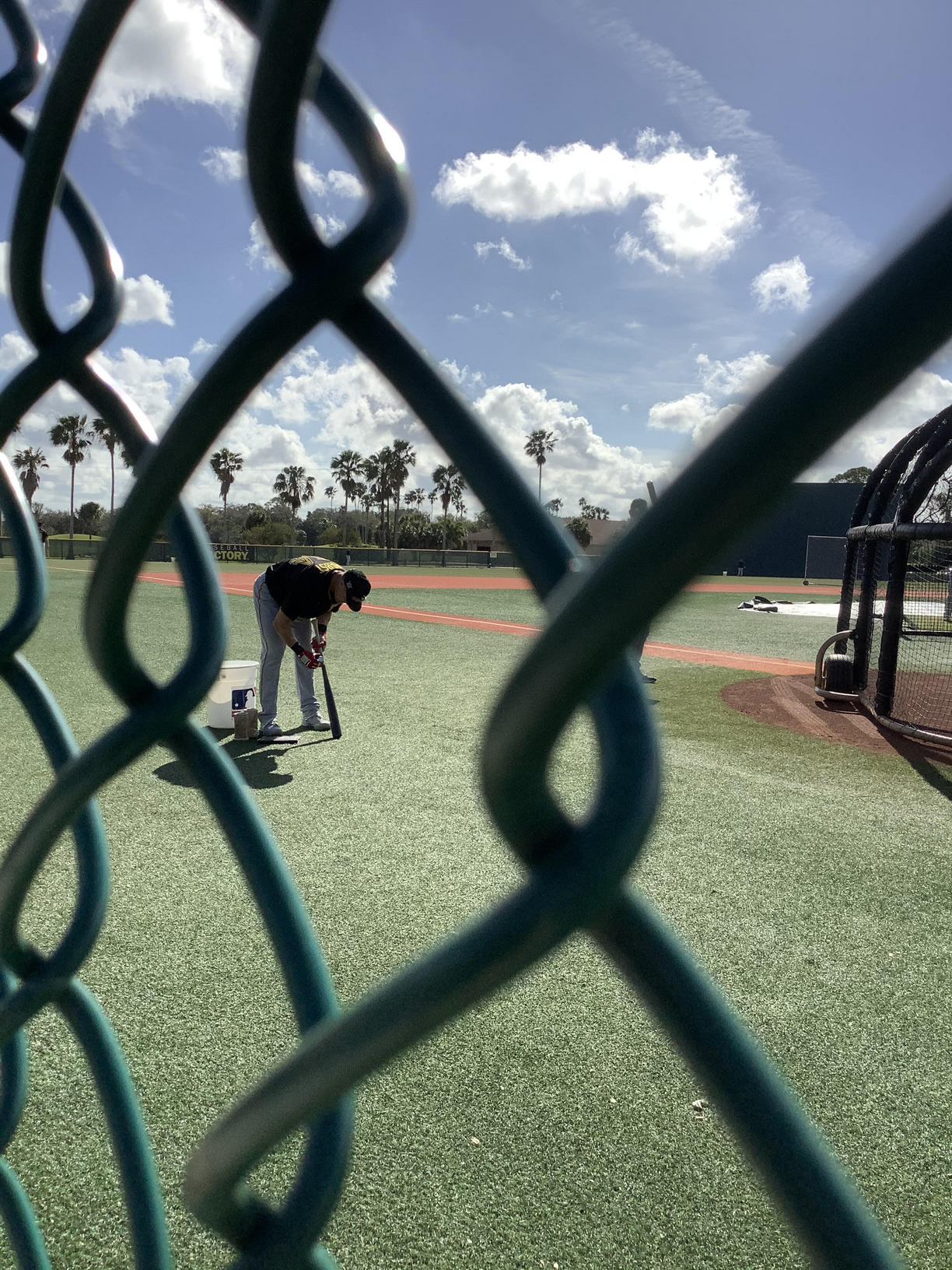 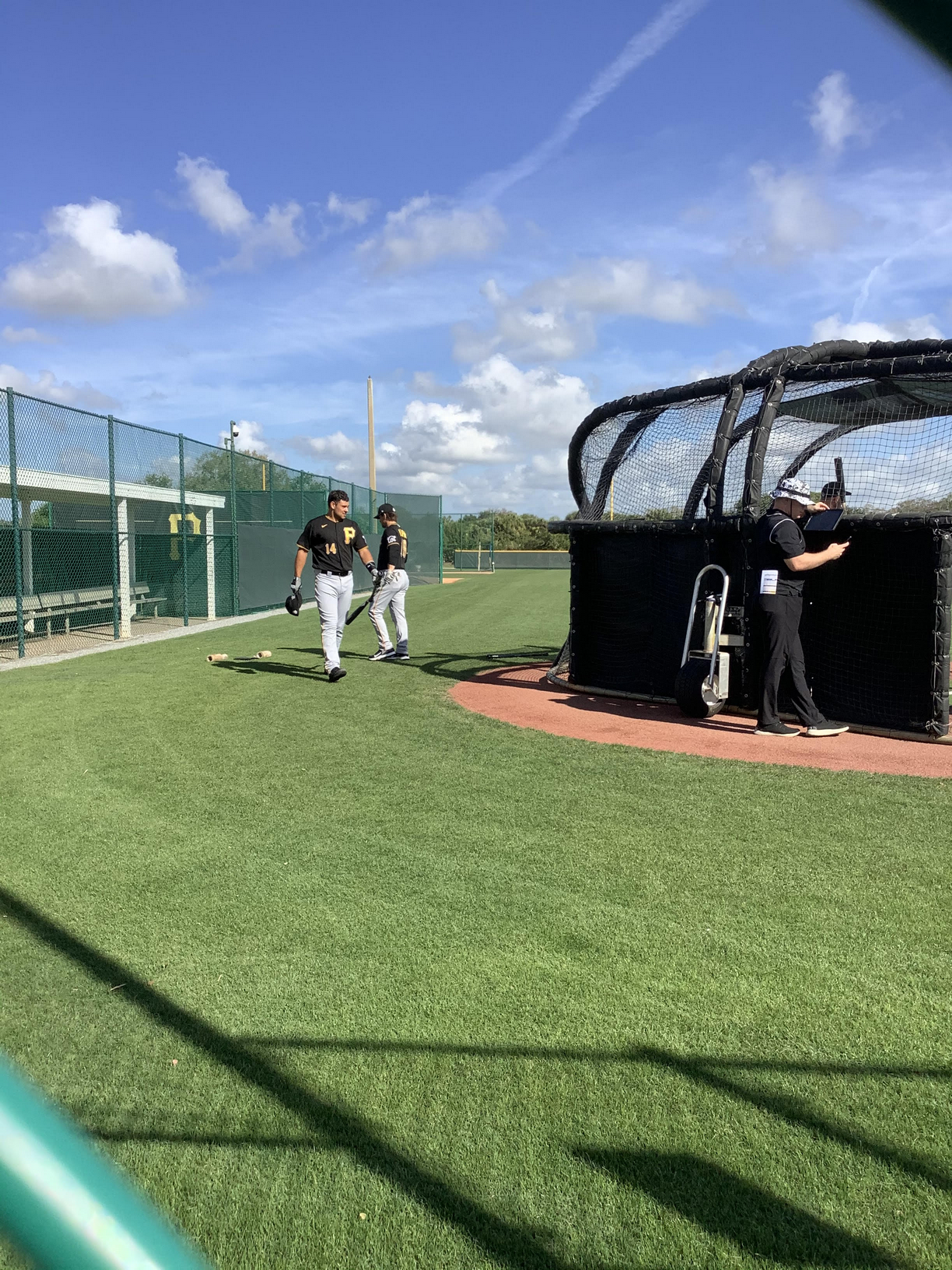 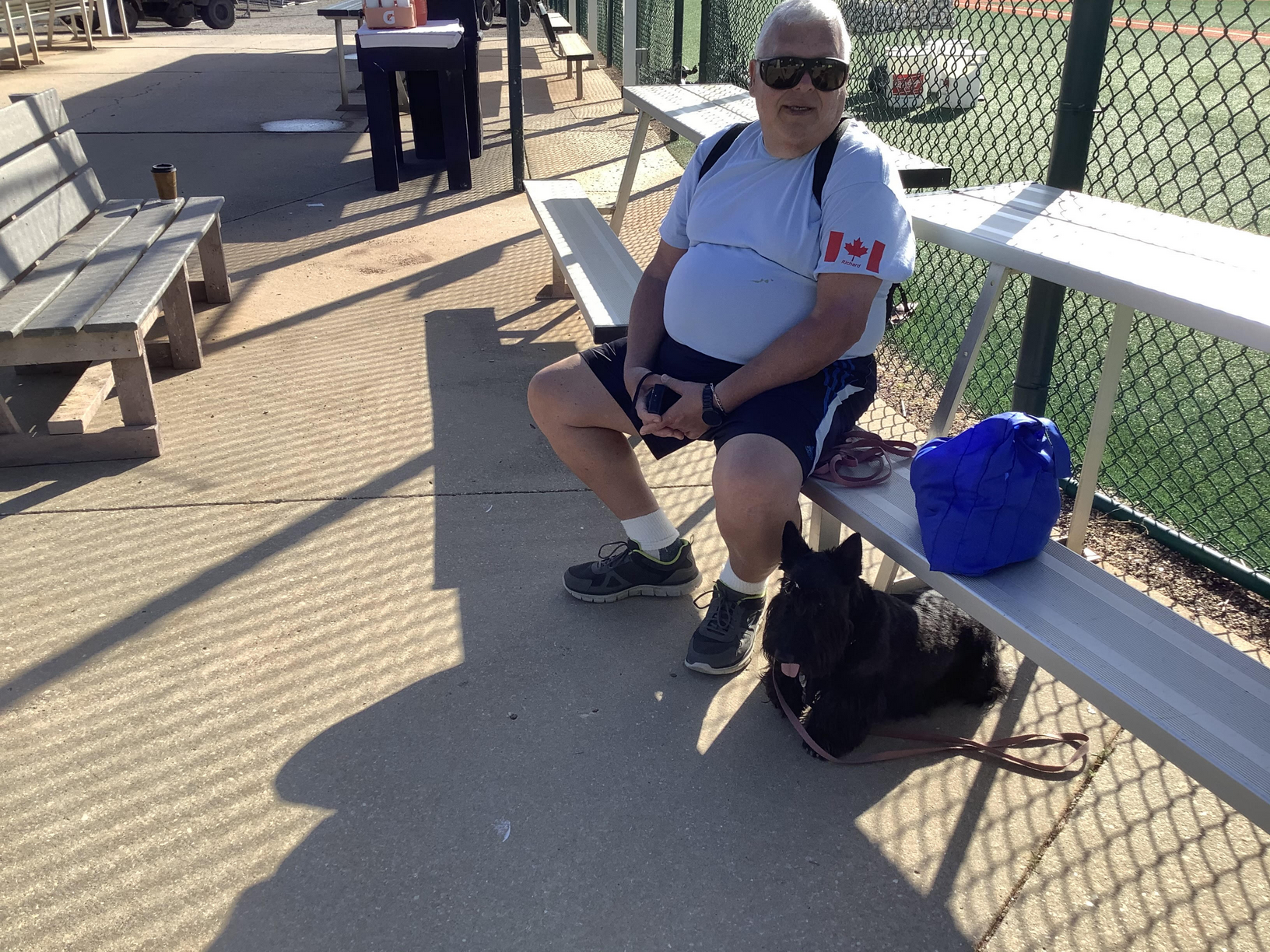 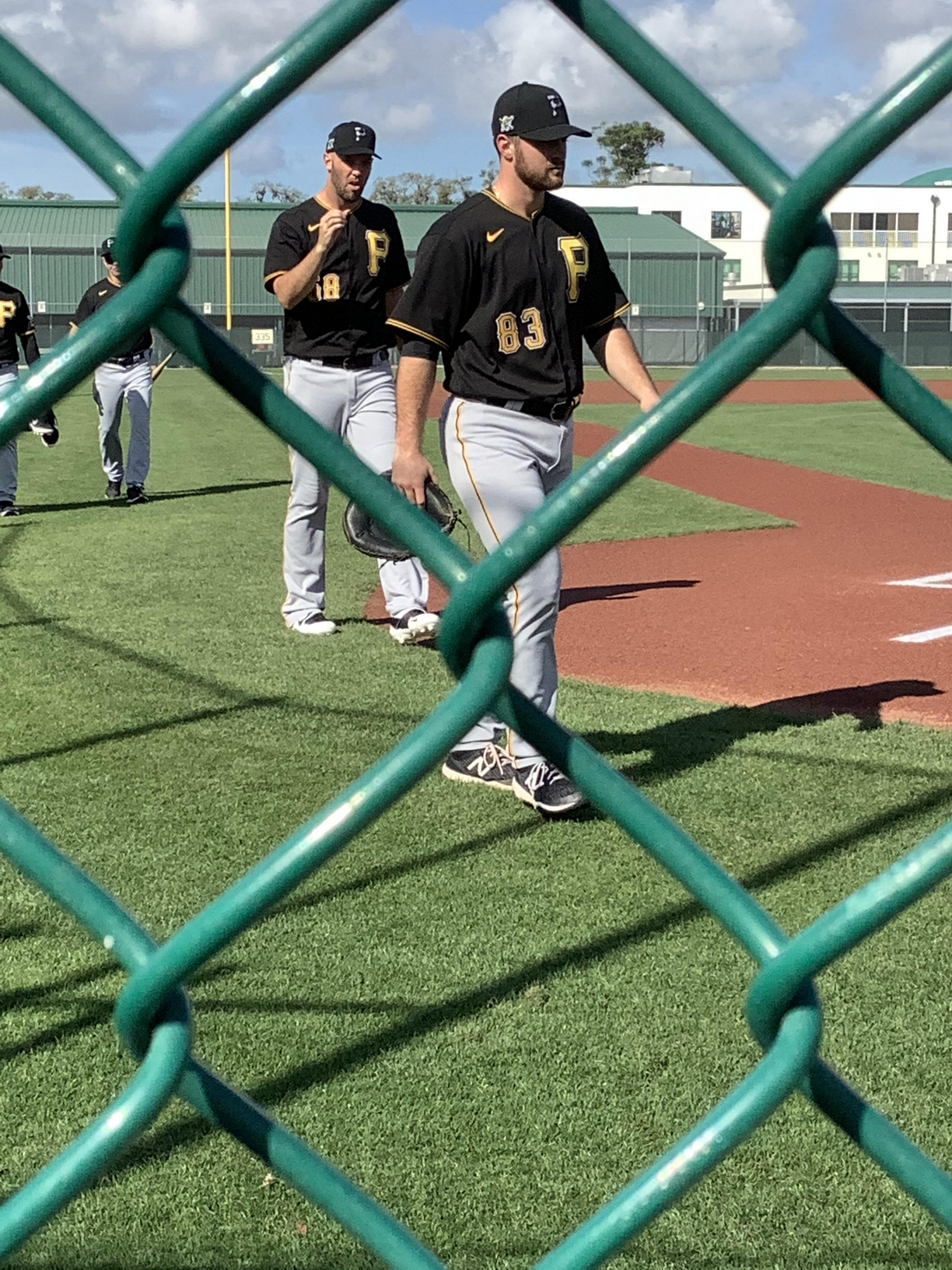