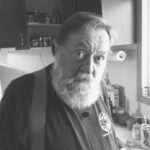 State of the union message…Toronto, Trudeau, the old bod’ and global warming.

Toronto The Good?
‘Good for what’? you may ask. Not sure who coined that phrase, but it was likely first heard half a century or more ago….perhaps in the 1950’s? When it actually WAS good. I recall seeing a pic of the Toronto skyline of that era in our Health course textbook in 1959 at PJCVS. The Royal York Hotel was T.O.s tallest building in those days….now dwarfed by a couple dozen glass and steel structures…and of course the CN Tower. As to The Good….sorry….long gone! My Grandpa Frankie, who resided out in the very ‘respectable’ Kew Beach area in the 1940’s and 50’s would surely roll over in his grave at the way things are these days, where the incredible number of daily shootings often don’t even make the front page….unless the person on the wrong end of the bullet actually dies. The recent spree over the Civic Holiday saw something like 18 shootings….all but one incident were separate/not connected, tho to my knowledge, none of the victims died. Of course, by the sheer numbers, that story DID get Page One. Back in the late 70’s/early 80’s Miz. Jo and I would head into on a Saturday….do some shopping at the St Lawrence Market, Kensington, Chinatown, etc….check out the R&B music scene, maybe take in a play, and of course do some fine dining. Usually at an eatery we’d never tried before. Sorry….not now. Methinks Toronto The Good is history…it simply grew too big, too fast….now it’s bursting at the seams, angry, still growing….and too many bad guys have guns. The governments just gave John Tory and his P.D. Chief millions to solve Hogtown’s biggest problem. Good luck, guys!!

Got this one last Thursday….a good one….check it out. Firstly, it is supposedly an ‘advertisement’, and there are two profile pictures of Robert…..’Before’ and ‘After’….tho they look absolutely identical. Anyway, besides sharing the same given name with Robert (altho he’s obviously younger than yours truly) we also sport very similar/large bellies. So….SO….under the ‘Before and After’ pictures is the ad’s punch line….it reads “In only six weeks of drinking Fit-Tea*tm, Robert lost $500 Dollars”!! Keep ’em coming folks! and thx b.h.

Health Update
I went to see my Doctor last Thurs…firstly for the quarterly appt for my blood-sugar numbers….the results for my two vials donation a few weeks ago at the St Joe’s Lab….averaged over three months and it showed 6.2….if you’re diabetic you’ll know, if you’re not, ”Like Old Milwaukee Beer, it just doesn’t get any better”! By the bye, I haven’t taken any Metformin*tm for FOUR months!! I’ve taken to calling myself ‘The Undiabetic’. Then the Doc asked about The Big D, as in ”do you still have Colitis/Diarrhea”? Anyway, as before, I’ll ask y’all to keep this part ‘under your hat’, as it’s a rather ‘difficult/sensitive’ subject, OK? Thanks. The conversation went something like this. “Do you still have D”? ”Yes”. “How long now”? “Four months. I think.” “Any improvement”? “Nope”. “How many tymes a day”? “Ten to fifteen”…..(a shake of his head and he gives me a concerned look)….so I buy Ultra Deluxe T-Paper by the 24 pack….and my wife keeps me on a short leash”  Anyway, he/we changed up some of my meds again, put one back on my ‘active list’ and removed another. Then he gave me an R/x for more of that damned ‘chalk cocktail’ mix….60 days worth!!…. I hate it, but doc knows best. Finally, saving the best for last, he sends his nurse back in with a ‘sample-gathering kit’. Jeez! I daren’t speak about that here, because rest assured that my #1 “F/N” Proof Reader (M/J) will give me s–t, then quietly erase it.  My #2 P/R (Twennie) will dump it too. So there ya go….you’re current….and….MUM’s the word, OK? By the bye, I have my first appointment with the local Diabetic Group Monday, but I’m not sure how they’ll act/re-act when I tell them I’m now an ‘Undiabetic’. Stay tuned on that.

Readers Write
And we got a couple very interesting emails from that older gentleman an hour or so north/northwest of Brant’s Ford…..actually one was ‘interesting’….and the second was a real rant! To say this fella isn’t a fan of the Prime Minister falls sadly short….in fact he refers to the P/M as ‘Fluffy Trudeau’….falling in nicely with a long-tymer friend/reader from way up north who calls our head of state Trudope….or was that another Conservative-type from up that way? But back to the original email from the olde guy….who slams ‘Fluffly’ on the Carbon Tax, which is ‘a total waste’ (agreed upon by several premiers) and there’re other ways/schemes to gather the money. Then he took aim at the P/M again on Global Warming. He seems to REALLY know what he’s talking about, even going as far back as the 1300’s!! Talking about rather major changes in temperature/climate through the centuries and steadfastly sticking with that theory. Tell you what, “From Nakina” has never been a fan of Global Warming….nor Al Gore, and definitely not David Suzuki for that matter….and by jove, I think the olde guy has hit the proverbial nail right on the head. So, how to put his message….at least as I understand it…..into words….Rotzy-style? How about this, olde fella? ”When all the fretting, hand wringing and ongoing warnings about Global Warming and/or Climate Change have ended, and some sense of normalcy survives, historians will look back at it as ‘nothing more than a pimple on the ass of tyme’. And Al Gore III will scare the poop outta people whilst warning of the next Ice Age!!!

*Thought Of The Day…If you got into a taxi and the driver started driving backward, would the cabbie end up owing you money??