The recent scheduled meeting by the Durham Nuclear Health Committee (DNHC) to respond to the ‘false nuclear plant alarm” was hijacked by the City of Whitby.

The Durham Nuclear Health Committee (DNHC) announced it was holding a public meeting to explain what happened when Ontario residents received a nuclear power plant alarm in mid January. There was no explanation as to why the City of Whitby hijacked the announced OPG meeting incorporating the planned independent meeting into part of the council agenda.

More questions were created than answers given.

The city meeting chairperson asked that anyone who planned to ask about the false alarm keep their question brief and succinct. Ditto to responders. Interesting…a life threatening situation and local residents told to keep things brief. Even more interesting, a meeting which was the purview of the OPG snatched up and managed by the City of Whitby as if it were a municipal concern only.

Questions were asked. The first two were viewed as being so complex they were directed as being being as emails to OPG. The Office of the Fire Marshal and Emergency Management (OFMEM) representative, James Kilgour, likely appreciative of escaping responding to the arguably complexity of the questions. The third question had the spokesperson change tact closing this portion of the meeting, “in light of the extensive City related agenda.” All remaining questioners were shut out. No matter how important or serious their questions may have been, the City agenda trumped them all.

Amazingly, the next agenda item was by none other than Mr. Kilgour dealing with OPG and the false alarm in depth. The meeting now became a classic “Bull sh*t baffles brains,” smoke and mirrors, bafflegab, a dog and pony show…a total insult to the intelligence of anyone and everyone in attendance. Displayed graphics and charts diverted attentions, shortened attendants’ patience and deflected concentrated focus.

A whole series of potential questions got waylaid:

These are just a few of the many questions which could not be asked at the meeting of the City of Whitby council. The questions were not nor should they have been Whitby’s concern.

Something smells in the state of Denmark.

notice from City of Pickering 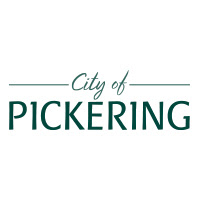 The Canadian Nuclear Safety Commission has confirmed that there was no incident at the Pickering Nuclear Generating Station and there was never any danger to the public or environment.

Ontario’s Solicitor General, Sylvia Jones, said in a statement that the alert was issued in error to the public during a routine training exercise being conducted by the Provincial Emergency Operations Centre.

Mayor Dave Ryan has personally spoken to Minister Jones, Minister of Energy, Greg Rickford, and Pickering MPP, Peter Bethlenfalvy, and has received their commitment that a full investigation will be conducted to determine what happened, and the appropriate steps that will be taken to ensure that it does not happen again.

Ontario’s participation in the Alert Ready system falls under the responsibility of the Office of the Fire Marshal and Ministry of the Solicitor General.

Information about mobile notifications can be found on the Alert Ready website:

In order for a wireless device to be capable of receiving an alert, three broad conditions must be met.

The wireless device must be:

Older cell phones that operate exclusively on non-LTE networks will not get an alert.

It is very important to verify your device’s compatibility with your service provider, and to understand what may impact your ability to receive an alert even if your device is identified as compatible. If your device was purchased outside of Canada, it may be necessary for you to contact the device manufacturer for additional information for your specific device.

In addition to wireless, alerts will also be available on TV and radio. Distributing alerts on multiple platforms helps ensure you receive this important information directly, or are near someone who has.

The Region of Durham is responsible for the public alerting system of outdoor sirens and automated telephone dialing as part of its nuclear emergency response. This weekend’s false alert was initiated by the Provincial Emergency Operations Centre and not the Region of Durham.

In the event of a nuclear emergency, the Province of Ontario is immediately in-charge, followed by the Region of Durham, who the City of Pickering would receive direction from. Learn more at www.emergencymanagementontario.ca.

The Durham Region Nuclear Emergency Response Plan details offsite response actions to be taken in the event of a nuclear emergency at the Darlington or Pickering Nuclear Generating Station.

The City of Pickering’s Community Emergency Management Plan is available online at pickering.ca/beprepared.

The Region is prepared to implement protective measures in a 10-kilometre zone around the Pickering Nuclear Generating Station to protect the public from exposure to a radioactive release.

In the highly unlikely event of a nuclear accident, a potassium iodide (KI) pill is a key component to keeping you and your family safe. Changes outlined by the Canadian Nuclear Safety Commission now require that all homes and businesses within the primary zone of a nuclear station be provided with KI pills. Those located within 10 kilometres of the Pickering Nuclear Generating Station can receive a package of potassium iodide (KI) pills in the mail. Please visit preparetobesafe.ca for more information.

The City of Pickering believes in the continued safe operations of the Pickering Nuclear Generating Station as an important part of the province’s energy mix. Visit Ontario Power Generation’s website for more information.

Visit pickering.ca/beprepared for information on personal emergency responsibility for you and your family.

Reasons to be alarmed about nuclear reactors